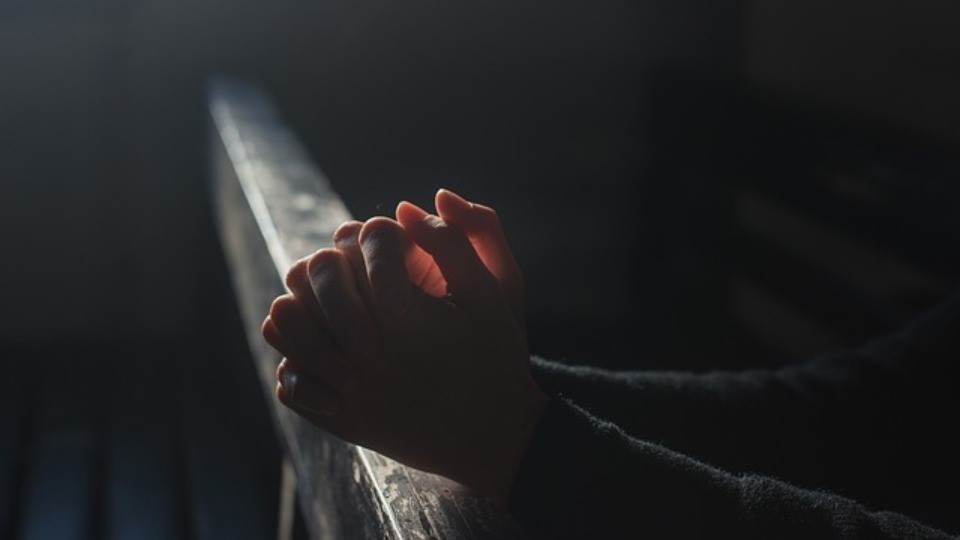 It’s easy to forget that so many American leaders in the past not only believed in prayer, but they used it extensively. Learn how much it impacted the early days of our Nation.

On this National Day of Prayer, it’s easy to forget that so many American leaders in the past not only believed in prayer, but they used it extensively.

At the Constitutional Convention, when factions were so divided that it appeared they would never produce a unifying document, it was the supposed “Deist,” Benjamin Franklin, who called on all the delegates to stop and pray for wisdom and guidance. (This from a man who, supposedly, did not believe in an “interventionist” God).

Indeed, it turns out many of the supposedly un-religious or even “Deist” Founders spoke to the Almighty on a regular basis. In George Washington’s Sacred Fire, author Peter Lillback demonstrates overwhelmingly from George Washington’s personal prayer books and papers that he prayed in the name of Jesus for God’s blessing. Indeed, surprising as it may seems, up through President Trump, according to one historian of religion, all 44 presidents have “considered themselves to be Christians,” including Jefferson, and 32 have been regular church members. Teddy Roosevelt “prayed without ceasing,” Lincoln, hostile to the church as a young man, became a Christian after Gettysburg; Woodrow Wilson called the Bible the “word of life,” FDR was a deeply religious man who followed Christ, Eisenhower said he couldn’t live a day of his life without God, Carter ran as the first openly evangelical born-again Christian, and George Bush said God sent His son to die for a sinner like me.” Ronald Reagan, to the surprise of many, was revealed in his private papers to devote extensive time to Jesus, putting everything in the context of God and the Savior. Donald Trump, considered irreligious, has held regular prayer meetings in the White House and is now viewed as one of the most pro-Christian presidents ever.

Apparently because prayer works. America was saved again and again by divine intervention—there is just no other explanation. A great review of this is Seven Miracles that Saved America by Chris and Ted Stewart. For example, on the “Day of Providence,” the starving, defeated Jamestown settlers, having lost over 140 of their 200 company, had boarded two vessels to return to England. They had given up. Sailing up the James River toward the Atlantic, they miraculously encountered a relief fleet sent from England. Encouraged, they all returned to Jamestown—though they still faced a critical shortage of food, and had to scratch through another winter. It was this “providence” that allowed America to be founded.

Or what about George Washington’s astounding escape from Long Island? Having nearly been enveloped by the British army, Washington and his troops were surrounded at Brooklyn Heights with the East River to their backs. The British began to dig trenches that would snake their way right up to the American lines and lead to a collapse. Seeing the hopeless situation, Washington ordered General William Heath at Kings Bridge between Manhattan and the Bronx to scrounge together every flat-bottomed boat and send it without delay. American patriots were instructed to make ready to withdraw, and that night (August 29-30) John Glover and his Marblehead, Massachusetts fishermen began rowing the troops to Manhattan.

The British navy, however, guarded the river with their guns. Washington’s helpless ferry-boats would be blown out of the water. Then, a miraculous summer fog rolled in, covering Washington’s retreat. Without that miraculous fog, the American Revolution would have ended quickly.

Then there is the Battle of Gettysburg. Not one, but two miracles occurred during those crucial three days. On the first day, July 1, 1863, Confederate armies marched from at least two separate directions toward the town of Gettysburg. As Confederate General Henry Heth advanced up the Chambersberg Pike with almost 20,000 men, the only thing in his way was a single Union cavalry regiment of 1,200 men under General John Buford. A West Point-educated soldier, Buford had a trained eye for “good ground.” From his position to the northwest of Gettysburg, he saw Heth’s approach, then, looking over his shoulder, saw Cemetary Ridge. Virtually none of the 115,000-man Union Army of the Potomac had arrived—they were all still marching up from Maryland. Buford instantly realized that if the Confederates held Cemetery Ridge when the Union main force arrived, it would be pushed off onto Seminary Ridge and would ultimately be forced to attack uphill and head on, just as it had at Fredericksburg with horrific losses. In an instant, Buford’s “miracle” was that he realized his lone regiment would have to stall the Confederates until the First Corps of Union infantry under General John Reynolds could arrive. Then they might delay the Confederates further and deny them the high ground.

Buford’s men, outnumbered, held all day until finally, in the afternoon, Reynolds’ men arrived. Although the Union troops were pushed back, by evening they held Culp’s Hill and were digging in all along Cemetery Ridge. Buford, without knowing it, had saved the Union and won the war. Almost.

The next day required yet another miracle. Confederate troops swung to the south and began coming up Little Round Top, where the Union line was extended to its end. On the very tail of the Union forces was Col. Joshua Chamberlain and his regiment of the 20th Maine—now at less than half strength, or 358 men—facing larger Confederate numbers. All morning they fought, with the 20th Maine running out of ammunition. Chamberlain, concluding that he could neither fight without ammunition, nor retreat (because the whole Union line would be rolled up), in a brazen move ordered his men to fix bayonets and charge. The exhausted Confederates never saw it coming, and fled down Little Round Top. Consecutive miracles, brought about by the commands of lower-level officers, had saved America form disintegration.

We could go on—President James K. Polk happened to walk below decks on the Princeton . . . seconds before the gun turret blew up and killed everyone on deck; or the Japanese pilot at Midway who flew directly over the U.S. carrier fleet on a sunny day with no clouds . . . and didn’t see it! Someone has been watching out for America. And without question, prayer has been instrumental in sustaining the United States as the longest-lived republic on the face of the earth. Pray that we see 200 more years!