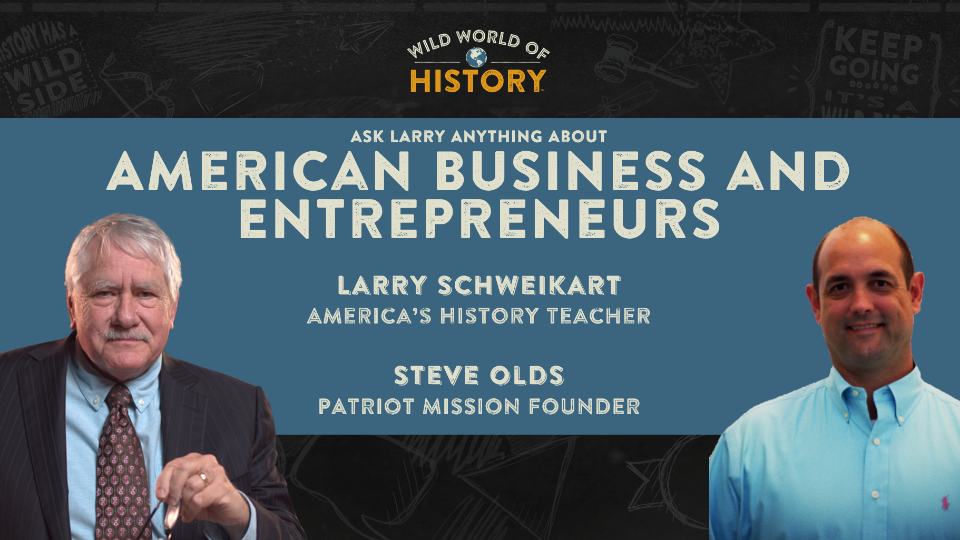 Join Professor Larry and Steve Olds; Founder, President & CEO of Patriot Mission as they discuss the unique roots of American Business and Entrepreneurs.

Ever since the first colonists landed in "The New World" Americans have forged ahead in their quest to make good on the promises of capitalism and independence.

Weaving together vivid narrative with economic analysis, American Entrepreneur recounts fascinating successes and failures, including: how Eli Whitney changed the shape of the American business landscape...the impact of the Civil War on the economy and the subsequent dominance of Andrew Carnegie and J. P. Morgan...the rise of the consumer marketplace led by Asa Candler, W. K. Kellogg, Henry Ford, and J.C. Penny...and Warren Buffett's, Michael Milken's, and even Martha Stewart's experience in the "New Economy" of the 1990s and into today.

It is an wild adventure to start a business, and the greatest risk takers in that adventure are entrepreneurs.

This is the epic story of America's entrepreneurs and the economy they created.

Please provide your email address so we can send you a link to the webinar archive.

One last step before you can access the archive.
The more we know, the more we can help.

1
2
3
A link to the archive was sent to . Make sure the email arrives in your inbox: either add "support@wildworldofhistory.com" as a safe sender to your email platform, or if you use Gmail, drag our email into your Primary tab.