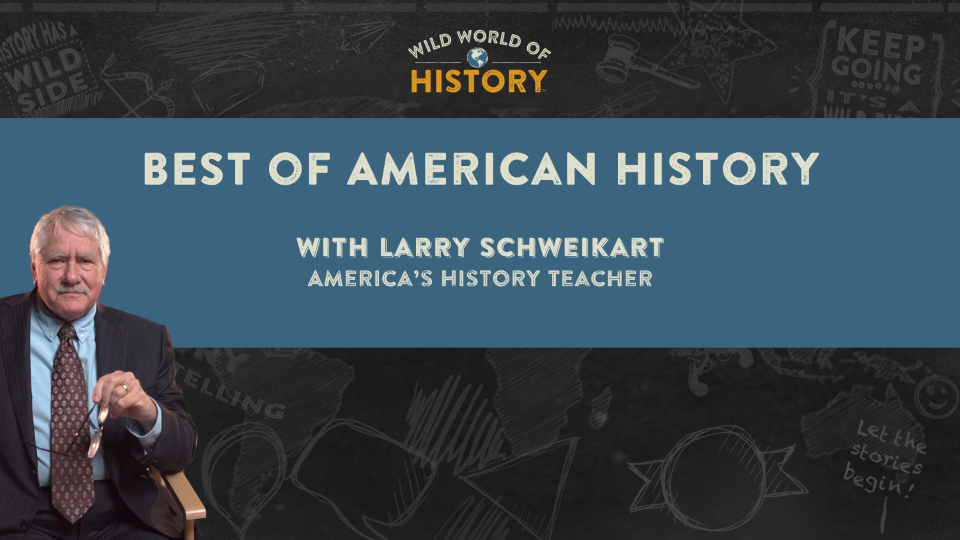 View VIP editions of Professor Larry's lectures on American History, based on his best-selling book A Patriot's History of the United States of America. You can get the full curriculum in the American History Course.

Get the Full Curriculum
1.
VIP Video

VIP Video - City on a Hill (Lesson 1 from American History)

America’s distinct character rose from a combination of what we call “pillars of exceptionalism.” In this lesson, students will learn what caused Europeans to seek out the new world and how each exploration was different from next. You’ll discover how the pillars of exceptionalism came to be and why they are foundational to the America we know today. Get set for your first wild ride! 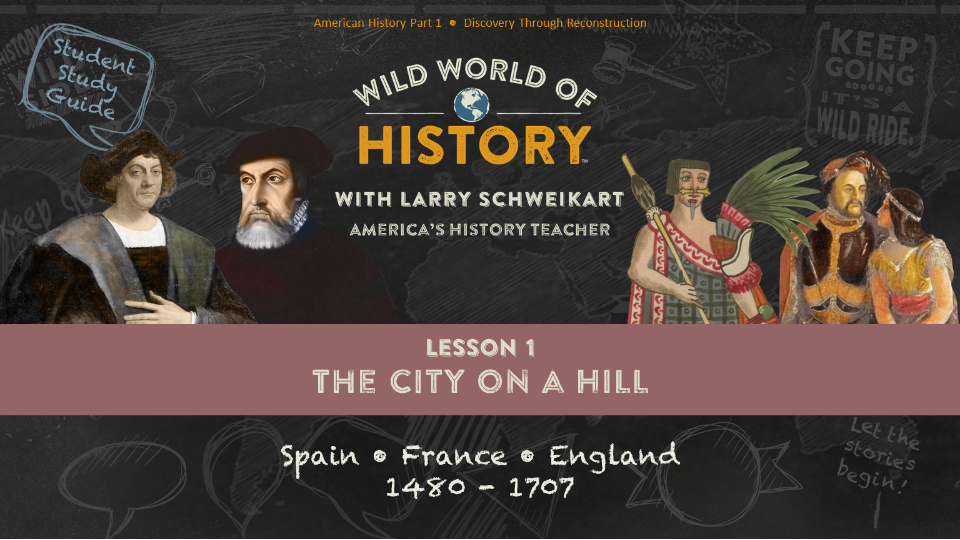 What looked like a war over unfair regulations and taxes was really much deeper than that. Students will learn that in fact, Americans were no longer truly English even though they claimed rights as Englishmen. Discover how the Declaration of Independence, truly a first in human history, stated that people created and controlled government, not the other way around. Independence didn’t come easy. 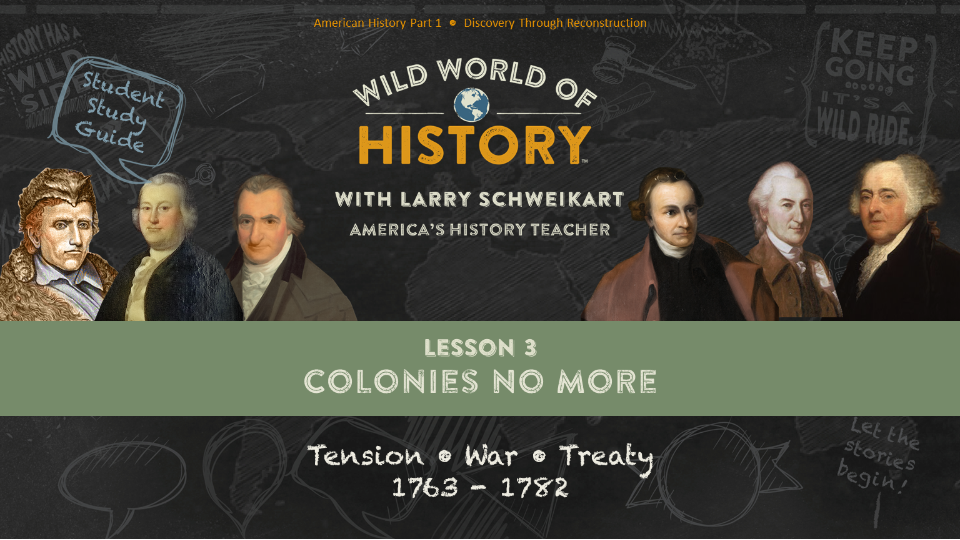 Jacksonian America witnessed the rise of the first genuine two-party system. Why? To somehow deal with the increasingly divisive issue of slavery. Students will learn what got us to this point and how the first big compromise over slavery led to a radical democratization of American politics. The beginnings of a radical split… 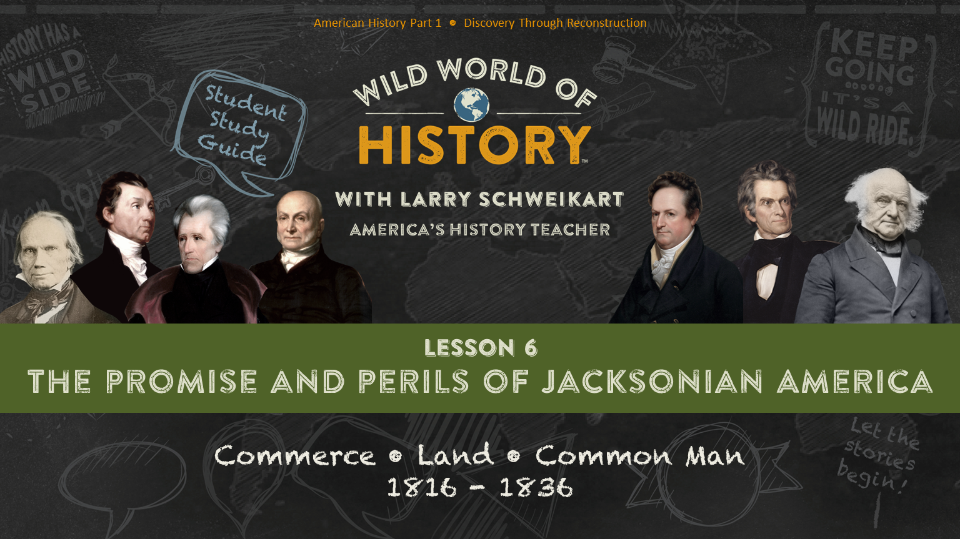 The American Civil was the first true Constitutional Crisis. People differed on the definition of property and about the definition of the Union. Students will see perhaps for the first time citizens questioning how the Republic was formed. Was it by the people as Lincoln insisted, or was it by the states as the southern Confederates charged. Solution was not going to be easy… 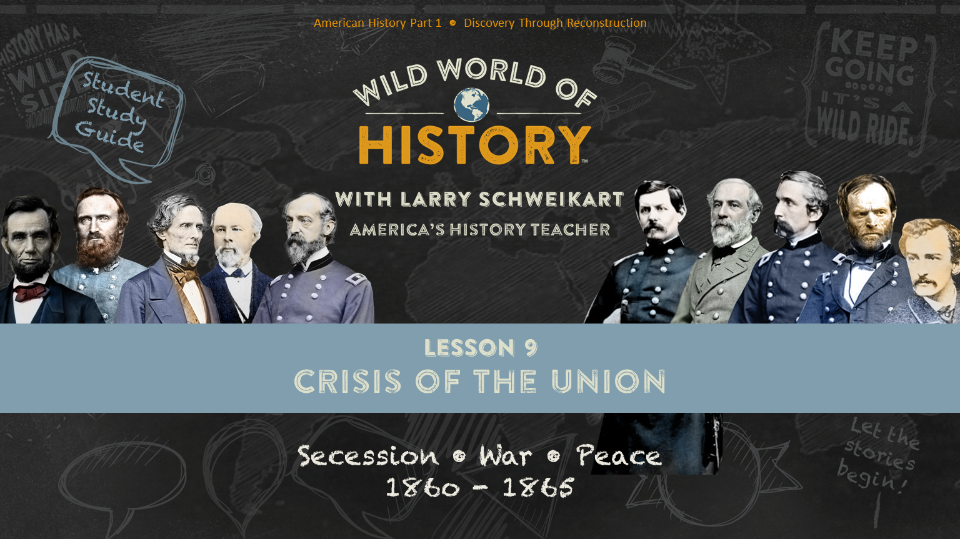 This lesson covers the American experience in World War II, emphasizing the role of American industry in overwhelming the Axis powers. American efforts in the Great Alliance include the invasion of North Africa, Sicily, Italy, then eventually Normandy in the Atlantic theater, while in the Pacific theater Admiral Nimitz and General MacArther engaged in an island-hopping strategy that opened the door to the invasion of Japan when the atomic bombs became ready. 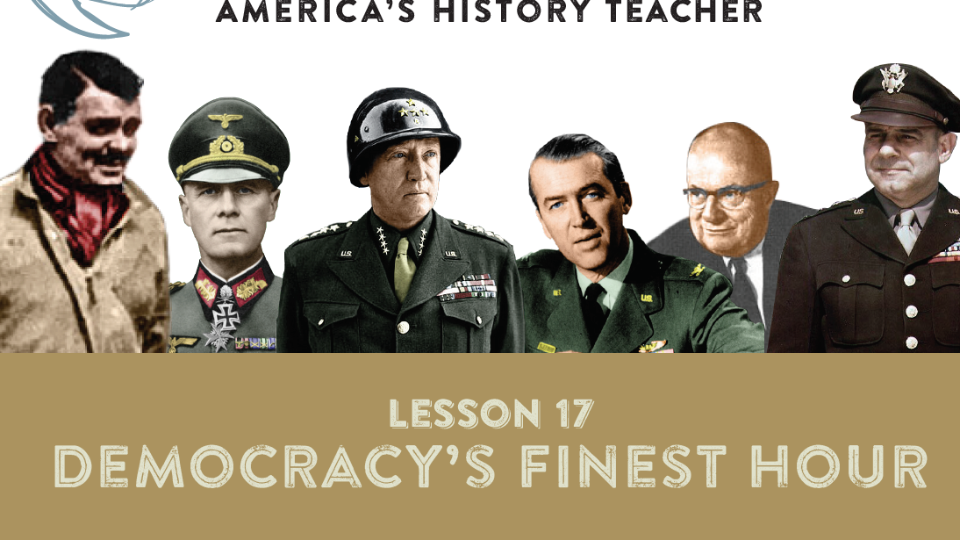 This lesson examines the presidency of Jimmy Carter, malaise, Americans taken hostage in Iran, and the rise of Ronald Reagan, who rebuilt the US military, defeated the USSR, and re-established the American economy as the most powerful in the world. Reagan’s strategy was to attack on all fronts: diplomatic, moral, economic, cultural, and of course militarily. Soviet premier Mikhail Gorbachev, increasingly boxed in, had to take deal after deal when confronted with this onslaught. Reagan left as one of the most popular presidents ever. 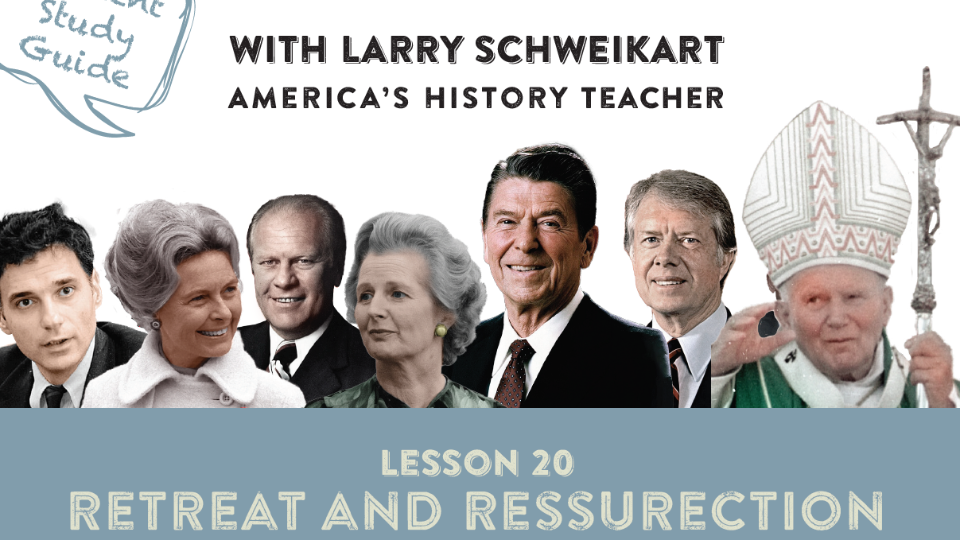