Enduring Lessons on Life and Citizenship: How the Winged Hussars of Poland Saved the West! 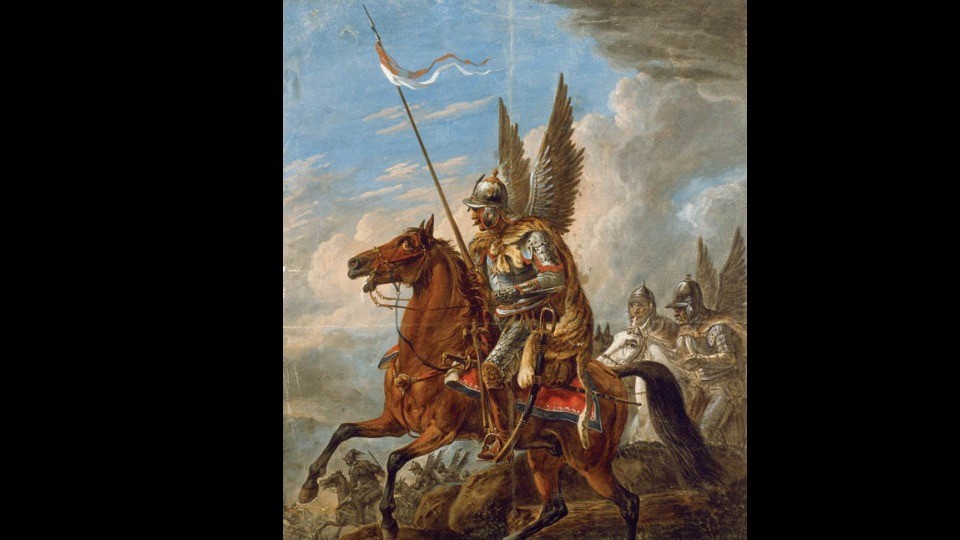 Ever hear of the Polish Winged Hussars? I hadn’t until just the other day, but what a story!

Ever hear of the Polish Winged Hussars? I hadn’t until just the other day, but what a story!

The Ottoman Turks had expanded Islam throughout the Middle East, the Balkans, north Africa and up to the gates of Vienna itself—considered the gateway to Europe—by 1529. That year, the Turks mounted a siege of Vienna that verged on success until a surprise snowfall so damaged the chances of success that the attack was called off. But the Ottomans tried again in 1683.

That year, the Ottomans again invested Vienna, which was tenaciously held since July of 1683. Ottoman artillery slowly began to reduce the walls. Vienna sent for aid from its allies, the Holy Roman Empire, as the Ottoman force of about 140,000 attacked the city and its 15,000 defenders. A relief force of about 75,000 men, including 27,000 Poles under John Sobieski, arrived on the hills outside the city. As the Ottoman sappers worked their trenches closer to the city, with its starving inhabitants, the battle started before anyone was really ready.

On September 11, 1683, the Ottomans tried to interfere with the staging of the Holy Roman Empire/Polish troops and the Germans moved on the left flank, dealing a severe defeat to the Ottomans. Then the shocking scene unfolded.

Late in the afternoon, the Polish Winged Hussars emerged and at 6:00 in the evening, the charge began—18,000 horsemen flooded down the hill. This is called the largest cavalry charge in history, with Sobieski at the head. In the vanguard were 3,000 of the Winged Hussars. These were heavy cavalry who wore body armor that glistened in the sun, and used, surprisingly, Ottoman light saddles so they could increase the amount of body army and weaponry the carried. Their horses were specially bred. Hussars used lances as their main weapon but also carried pistols, and the most noticeable thing about this cavalry was the presence on the back of every lancer of a pair of 3-foot angel’s wings! Those wings had metal in them, which gleamed in the sun and to the Ottomans must have looked like an army of angels flying out of heaven. The Winged Hussars, unlike other cavalry of Europe or the Ottoman Empire, didn’t not charge close together, but spread out by 3-4 feet each to make it more difficult to kill them by cannon fire or inaccurate musket fire. In addition, the space gave each Hussar maneuverability, so that a fallen horseman did not stack up an entire rank. Once the smashed through the first rank of pikemen, they spread out and raised havoc.

You need anVIP Membershipto get access to Enduring Lessons on Life and Citizenship: How the Winged Hussars of Poland Saved the West!

to access
Enduring Lessons on Life and Citizenship: How the Winged Hussars of Poland Saved the West!

to access
Enduring Lessons on Life and Citizenship: How the Winged Hussars of Poland Saved the West!

We have emailed instructions to access Enduring Lessons on Life and Citizenship: How the Winged Hussars of Poland Saved the West! to . Make sure the email arrives in your inbox: either add "support@wildworldofhistory.com" as a safe sender to your email platform, or if you use Gmail, drag our email into your Primary tab.