Enduring Lessons on Life and Citizenship: Three Last Stands That Changed the World 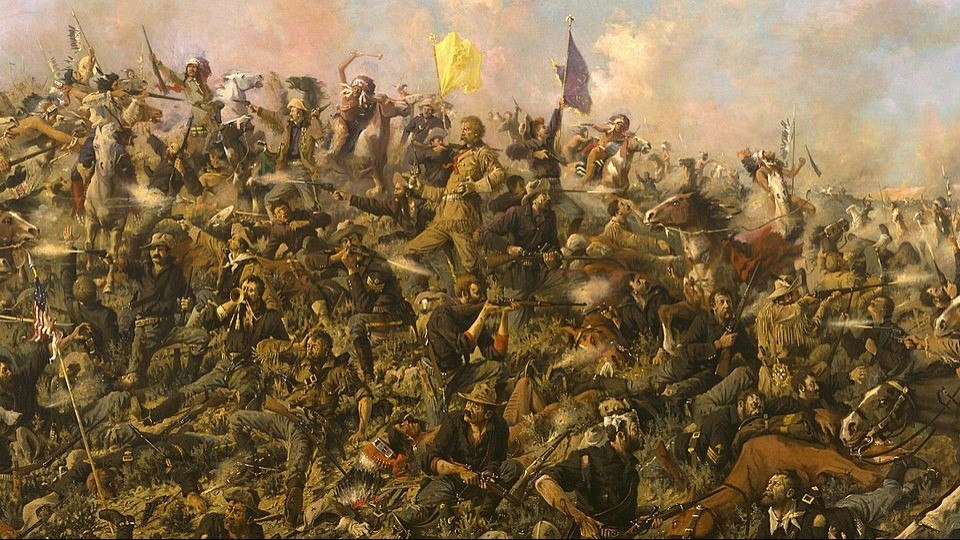 When we think of “last stands,” it’s often in the context of a losing cause. Napoleon’s Old Guard at Waterloo (“The Guard can die, but cannot yield,” so they died). The British square at Isalndlwana. The German Sixth Army at Stalingrad. Yet there are at least three cases in which a “last stand” profoundly changed the world.

When we think of “last stands,” it’s often in the context of a losing cause. Napoleon’s Old Guard at Waterloo (“The Guard can die, but cannot yield,” so they died). The British square at Isalndlwana. The German Sixth Army at Stalingrad.

Yet there are at least three cases in which a “last stand” profoundly changed the world.

The first, which was the subject of a fantastically successful movie “300,” involved the so-called “300 Spartans” at the battle of Thermopylae in 480 B.C. Faced with a massive Persian invasion force coming overland, the Spartans marched to the narrow pass of Thermopylae (the “Hot Gates”) and so held up the Persian army that the other Greek forces not only defeated the Persian navy at Salamis, but also as the now-cut-off Persians sought to retreat out of Greece, defeated the Persian army at the Battle of Plataea.

Typically, there are a lot of myths about Thermopylae. First, the original force sent to hold the canyon consisted of about 7,000 Greeks, including Spartans, Thespians, Thebans, and helots. They successfully blocked the pass that after two days of slaughter, the Persians—thanks to a Greek traitor—outflanked the Greeks through a goat path. King Leonidas heard of the treachery, and dispatched the bulk of his army to retreat, staying with a rear guard. Again, contrary to myth, the rear guard was more than just the “300 Spartans,” but included 700 Thespians, 400 Thebans, and 900 helots (Greek slaves) to oppose the gigantic army that faced them. Although the film “The 300" made the Persian force look to be in the millions—and this was a number found in many early Greek sources (Herodotus said 2.5 million, another source said 4 million) but these were vastly inflated. Still, the 150,000-300,000 Persians who assaulted the Spartan positions outnumbered the Greeks more than 10-to-one and perhaps 15-to-one. Although the Greeks held for three days. When Xerxes, the original X-Man, had Leonidas surrounded, his archers rained down arrows on them until most were killed. The Thebans apparently surrendered, but the Thespians not only all died, but their force supposedly constituted every free warrior they had!

Xerxes won . . . but at what price? It is estimated by some historians that the Spartans and their allies killed 20,000 and obviously seriously wounded another 10,000 at least. That meant that using the upper-bound number of the most realistic estimates, the Greeks inflicted a loss of 10% on the Persians in a single battle, largely due to under 1,000 defenders. If the lower-bound number is used, the Spartan resistance cost Xerxes 20% of his force.

Weakened so substantially, the Persians were soundly defeated at Platea and their navy mostly eradicated at Salamis (then finished off at Mycale. Xerxes’ defeat ended the Persian invasions of Greece and saved western culture.

Another well-known last stand, that of the Alamo in February-March 1863, involved the declaration of independence by the Republic of Texas from Mexico. General Antonio Lopez de Santa Anna marched a force of over 1,500 Mexican regulars to reclaim the Alamo—a Spanish mission—near San Antonio. Defenders of the Alamo numbered between 185-260, while Santa Anna’s forces grew to over 1,800 by the time of the attack. Defenders expected reinforcements from Gonzoles, including 320 men and four more cannon, but that column had to turn back. After the siege of the Alamo was over, Col. Fannin and his army were captured and executed.

Alone, without reinforcements, the men in the Alamo vowed to sell their lives dearly. They inflicted more than 600 casualties on Santa Anna’s force----killing or wounding one-third of the Mexican force, a “tremendous casualty rate by any standards,” wrote historians Timothy and Terry Todish. Indeed, that loss was only the beginning of the pain that the Alamo would inflict on Santa Anna’s army. “Remember the Alamo” became the rallying cry for Sam Houston’s Texan army that defeated Santa Anna at the Battle of San Jacinto on April 21, 1836. The defenders’ sacrifice also steeled the determination of the Texas delegation at the independence convention, though they did not learn of the fall of the Alamo until March 11. Even more important, an independent Texas would eventually be annexed by the United States and then held in the Mexican War, greatly adding to the land mass of the USA.

A final “last stand” is often overlooked in its impact, that of Lt. Col. George Armstrong Custer and about 264 men and officers of his 7th Cavalry (five companies) at the Battle of the Little Bighorn. In June 1876, as part of a larger column under the command of General Alfred Terry, Custer found a large Indian village and attacked. He had divided his force into three battalions in the face of a much larger army of Sioux and Cheyenne Indians. Their final assault was, according to some historians and archeologist Richard Fox, extremely fast, lasting perhaps only 20 minutes. In the aftermath of “Custer’s last stand” (as it came to be known in the popular culture of the day, the public sharply focused on “the Indian problem.” This, in turn, drew the attention of the American public away from the subject of Reconstruction, which had dominated the news for the previous eleven years. In short, the American people were ready for something else besides the problems of the South. That fall, in the closest election in American history, Democrat Samuel Tilden apparently won the electoral vote and certainly won the popular vote over Republican Rutherford B. Hayes. But there were 20 disputed votes from the South—Florida, Louisiana, and South Carolina. Each side claimed victory. All Tilden needed to win was one of them. Tilden and Hayes each, however, largely neglected the Oregon elector, who was replaced after being outed as an “elected or appointed official” (which is prohibited by the Constitution). That single elector could have made Tilden president. Instead, the fight over the three southern states’ delegates took center stage, and Hayes won all of them thanks to a special commission (with a Republican majority) that gave all the electors to Hayes.

It is not an exaggeration to say that Custer’s last stand played a role in shifting American’s focus from Reconstruction to other domestic issues. A renewed effort to deal with the American Indians ensued, split among “assimilationists” who wanted Indians to move into white society; “exterminationists” who wanted to eliminate all Indians; and eventually a third group who favored a reservation system as an “alternative to extinction.” But it was George Armstrong Custer’s rash and futile attack at the Little Big Horn that helped change the focus of Americans away from the Civil War.

You need anVIP Membershipto get access to Enduring Lessons on Life and Citizenship: Three Last Stands That Changed the World

to access
Enduring Lessons on Life and Citizenship: Three Last Stands That Changed the World

to access
Enduring Lessons on Life and Citizenship: Three Last Stands That Changed the World

We have emailed instructions to access Enduring Lessons on Life and Citizenship: Three Last Stands That Changed the World to . Make sure the email arrives in your inbox: either add "support@wildworldofhistory.com" as a safe sender to your email platform, or if you use Gmail, drag our email into your Primary tab.