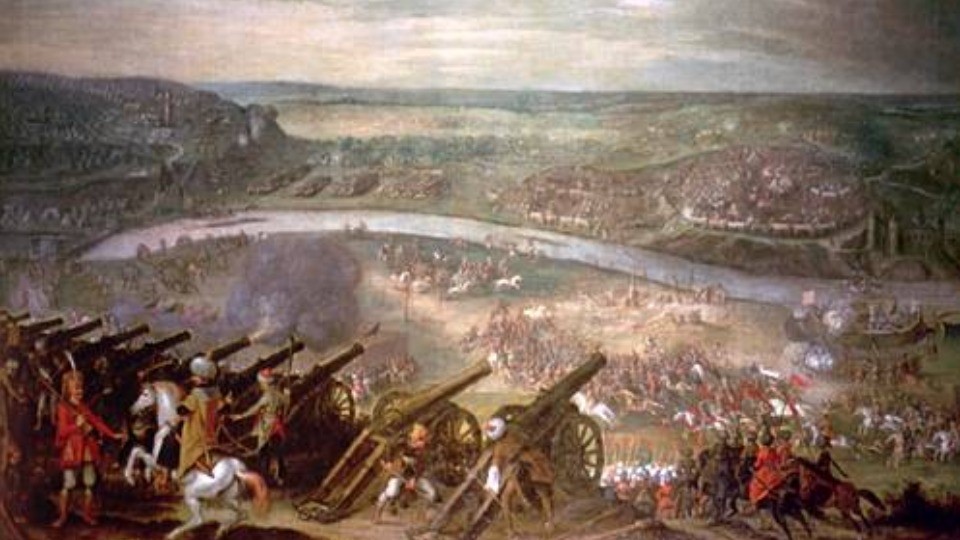 History is a close-run thing. Many of the decisive turning points of the past—usually involving war—have been decided by a few developments and timing.

History is a close-run thing. Many of the decisive turning points of the past—usually involving war—have been decided by a few developments and timing. Field Marshal Blucher’s arrival at the Battle of Waterloo prevented Napoleon from sweeping the British from the field just as they were out of ammunition. American planes, almost by accident finding the Japanese carriers at Midway ended Japan’s hopes of even attaining a stalemate in World War II. Col. Joshua Chamberlain’s unexpected charge down the slopes of Little Round Top at Gettysburg likely saved the battle for the Union.

Some things take longer—but nevertheless their components seen individually are often themselves close-run matters. Take the Islamic invasion of Europe, which reached into France in the 700s A.D. and which twice came to the eastern end of Europe, the gates of Vienna. From 732 to 1571, five critical battles saved Christendom from the Muslim invaders. Defeat in any one of these might have resulted in a much different Europe than we have today.

*The battle of Tours (also called the Battle of Poitiers, pronounced “pwa-tya”) stopped the Umayyad Caliphate from controlling France. Charles Martel’s army, featuring ranks of armored footsoldiers who stood like a “wall of ice” against the Muslim cavalry, inflicted a twelve-to-one casualty rates on the Muslim forces. It was, as Victor Davis Hanson noted, this was a classic example of the “western way of war,” in which fighting in rank and using large bodies of well-organized infantry defeated the Islamic forces that stressed individual courage and melee battle. But the Muslims would be back.

*The Siege of Vienna (part one) in 1529 saw the Ottoman Muslims from Turkey, led by Suleiman the Magnificent, was a decisive defeat for the Muslims. Outnumbering the defenders of Vienna by seven or eight to one, the Ottomans (as Hanson had noted, again) were made up of cavalry, which was ill-suited for a siege. In this case, God was not on the side of Islam. Heavy rain began to fall shortly into the siege. Then, as the Muslims planned a final assault, an unseasonably heavy snowfall set in. As the Ottomans retreated, abandoning their wagons and siege engines, the Muslims lost 10% of their entire army.  But they would be back.

*In 1683, the Ottomans came back, this time under Mustafa Pasha, again outnumbering the defenders inside the city of Vienna by 10 to one, but the Viennese had reinforcements on the outside in the form of perhaps75,000 Poles, Germans, and Austrians. This time, the Turks were more successful and were on the verge of smashing down Vienna’s walls when the commander of the garrison (Charles of Lorraine) got a message to John Sobieski, the Polish commander who had been appointed to head all the Holy Roman Empire forces. After the Germans and Austrians launched an attack on one wing of the Ottoman army, the Polish cavalry—the terrifying “Winged Hussars,” whose bright armor had angelic wings attached to the soldiers’ backs—charged out of the sunset. They crashed through Ottoman lines and Vienna was saved. Ottoman casualties were three times those of the Germans and Poles (although almost 12,000 died during the siege), and another 5,000 Turks were captured. Vienna would never again come under assault from the Moslems.

*The fourth battle that saved Europe was the siege of Malta in 1565, where about 6,500 Knights Hospitalers held off a Muslim invasion force of up to 40,000. The first of three forts, St. Elmo—which was to be captured easily—held out for almost a month by itself. After assaulting the larger, main forts, the Turks, running out of food and ammunition, tried to take the town of Mdina. There, the mayor had ordered everyone to don military gear and painted broomsticks to look like weapons. Mdina began firing its guns at extremely long range, convincing the Turks that they were well fortified. A relief force arrived in September, and smashed into the Turks virtually slaughtering the Ottomans. It was the fourth decisive victory over the Muslims by the forces of Christendom.

*Finally, in 1571, a massive sea battle occurred in the Mediterranean Sea. Although the sides were closer than some of the other lopsided battles (about 418 Holy League Navy ships vs. 556 Ottoman ships), again the Christian forces had something unique in their fight: “galleasses,” which were extremely heavily-armed ships that blew apart many of the Ottoman vessels at long range. When the smoke cleared, some 230 Ottoman galleys were sunk.

After Lepanto, the Ottomans and other Muslim forces gave up trying to invade Europe. Five major attempts, five major defeats. Christendom had been saved by five dramatic victories, some of them close-run things.

We have emailed instructions to access Five Battles that Saved Christian Europe to . Make sure the email arrives in your inbox: either add "support@wildworldofhistory.com" as a safe sender to your email platform, or if you use Gmail, drag our email into your Primary tab.