Good 'Ol Days Not So Good 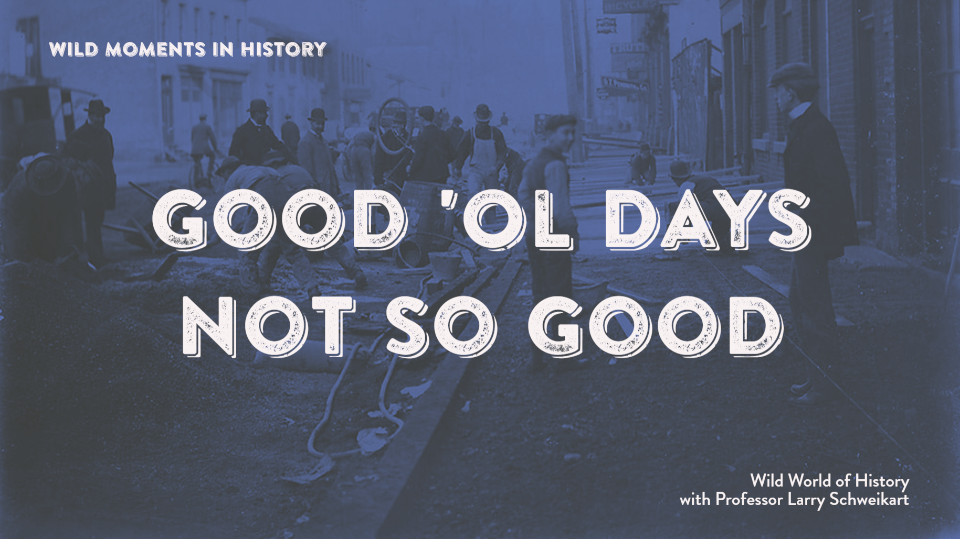 Did you know that you absolutely would not want to have lived in cities in the 1800s?

Movies, while getting a little more realistic, still romanticize life in the 1800s. It was anything but romantic.

Most cities were just getting city water systems, and it was not unusual to see washerwomen cleaning clothes in the same river where city water refuse emptied. Well into the 1800s the common indoor “facilities” consisted of a chamber pot, where people did their business, and then covered it with a cloth. When the “toilet” was full, they “flushed” it by simply dumping it outside their window—including if you lived in a second or third floor apartment!

This practice gave rise to awnings, because many businesses were located directly under the living quarters.

But awnings usually only covered half of the “sidewalk,” a bunch of wooden plank boards. So, when Emily Post wrote her book on manners, the man was always to walk street-side of the woman, so that carriages or horses that hit puddles would more than likely splash on him. But, also, anyone who happened to be “flushing” would hit the awning on the inside and the . . . man on the outside.

Not only were streets mostly dirt (there were a few cobblestone streets, but not too many), but since horses were the main form of transportation other than foot, there were thousands of horses in every city. One estimate suggested a horse urinated up to 18 gallons a day, meaning the streets were drenched. Horses, of course, did other things as well—leading to the practice of the first department stores putting the perfume counter as close to the door as possible to kill the smell!

Horses and other animals presented other problems, namely they died.

In 1850, a ledger of a man paid by the city to collect dead animals recorded over 150 dead horses, over 100 cattle carcases, and “hundreds” of dogs, cats, and birds—in a week!

Then there were human remains: derelicts who died had to be brought to the morgue, so, in the case of New York City, a bounty was offered for every body that was turned in. There is a story of two “body bounty hunters” in rowboats who got in a fistfight in the middle of the Hudson River over a “floater.”