Strange Factoids About US Presidents 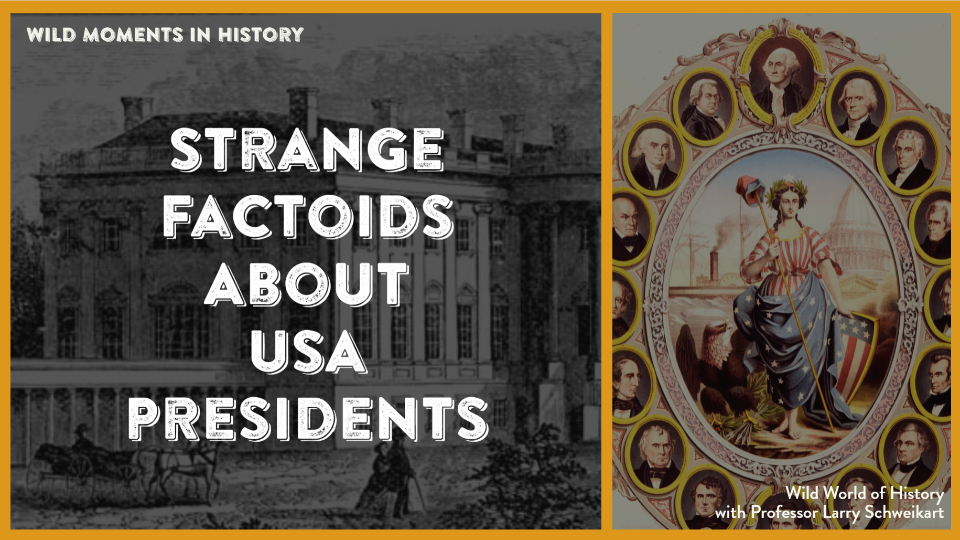 Did you know any of these strange factoids about some of our presidents?

Here's a quick (and somewhat random) list of factoids about the presidents of the United States of America that might surprise you!

For more, see Larry Schweikart, The Politically Incorrect Guide to the Presidents from George Washington to William Howard Taft.