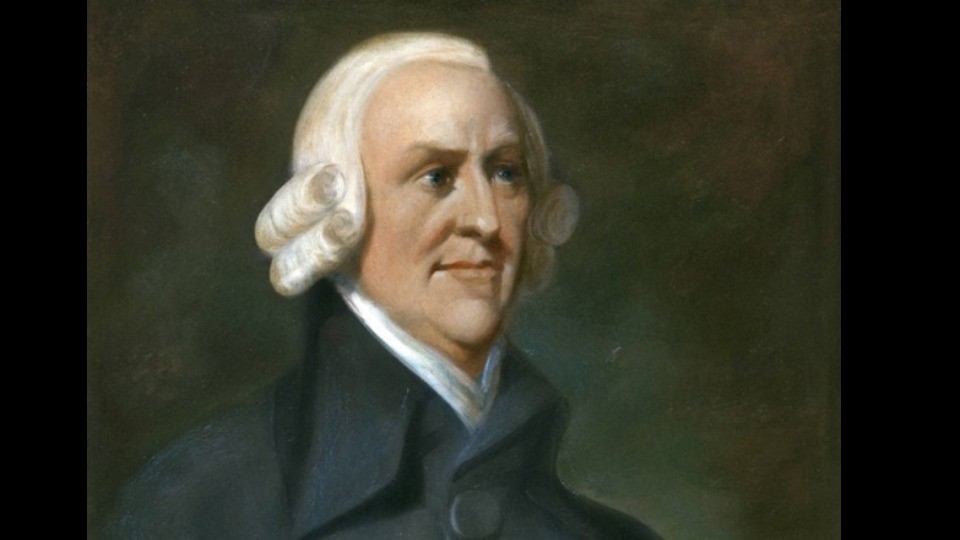 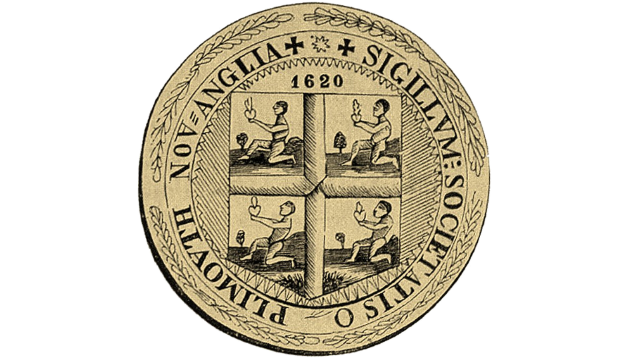 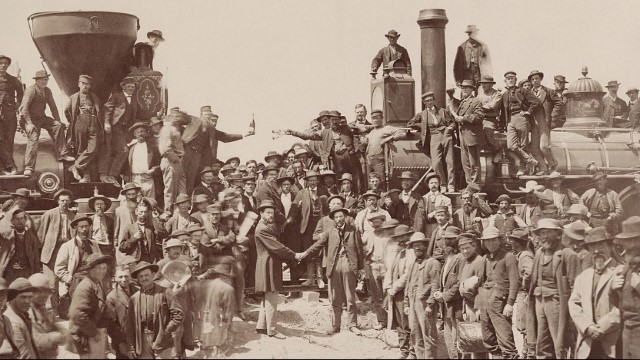 We have seen three of the “Pillars of Exceptionalism” in action, two of them coming with the Pilgrims and the third arriving even earlier with Jamestown (private property with written titles and deeds). The fourth pillar, while practiced essentially on a low-level basis in all the colonies, was not formally ensconced in the United States until after the Revolution, and that would be “free enterprise” or simply “capitalism.”

We have seen three of the “Pillars of Exceptionalism” in action, two of them coming with the Pilgrims and the third arriving even earlier with Jamestown (private property with written titles and deeds). The fourth pillar, while practiced essentially on a low-level basis in all the colonies, was not formally ensconced in the United States until after the Revolution, and that would be “free enterprise” or simply “capitalism.”

To say the free market both “was” and “was not” in America seems contradictory, but was not. At the time, the national economic policies of Spain, England, and France (and virtually any other European power) was “mercantilism,” in which a company (such as the London Company or the Plymouth Company) was chartered and existed for the purpose of serving the national government. Profits were allowed, but unlike modern companies—whose primary goal is to make a profit for owners and/or investors—the stated purpose of the early joint-stock companies was to do something to advance the interests of England (the only country to have joint-stock companies at this time). On a most basic level, however, people in America did not barter: they sold products and services for cash or accounts, with most of the early coin coming from England. This circulating medium was scarce, however, and it was not uncommon for ordinary farmers or merchants to do business with accounts payable and receivable.

In 1774, Adam Smith wrote a book few are aware of, called The Theory of Moral Sentiments. In this work, Smith (who was not an “economist” but a professor of social philosophy and ethics) laid down the concept of “self-interest,” which he differentiated from “selfishness.” Self-interest was based on information, which only the individual has. For example, say you’re a basketball player. You like the feel of two pairs of socks inside your shoe—it provides more cushion. Or, you hate strawberries—they make you break out—but love blueberries. Or you’re left-handed and prefer products that are more accessible to lefties. All of these things are preferences—information—that only you have (maybe some of your relatives or best friends might know one or two of them, but not all of your preferences). Certainly no government body, no bureaucracy, no council, no panel can begin to know all of your preferences, let alone those of all people in the nation!

When Adam Smith wrote A General Inquiry into the Nature and Causes of the Wealth of Nations in 1776, he relied on his already-formulated “self-interest” model. But he added something new. For people to be rewarded for their work, products, or services they had to first serve their fellow man. This is often overlooked in the discussions of “supply and demand,” “the market,” and prices—all of which are important, but none nearly as important as this fundamental fact. Under capitalism, you must make someone else better off before you get a reward, regardless of your intention. You might be making people better off because you are greedy and want to get rich (J. Paul Getty and John Jacob Astor). You might be making people better off because you genuinely want them to be better off (John D. Rockefeller and Andrew Carnegie). It doesn’t matter! The only concern for Smith was, “Are you serving your fellow man?” not “Why are you serving your fellow man?” That’s for God to figure out.

Another consequence of this dynamic is that before you are rewarded, you must serve your fellow man----but you don’t know if you are serving your fellow man until or unless he pays you for what you did. This has two components. First, it means that literally every act in capitalism is an act of faith, at least the first time. Any entrepreneur must first build an infrastructure (something as small as a hot-dog stand, or as vast as a manufacturing plant), invest money, put in time. Then, and only then, might the entrepreneur receive a reward in the form of a payment. In the days before I could get an advance for writing a book, I literally had to spend money to take my book to a publisher. It cost me to make copies of research, pay for my computer, sometimes hire research help, then to print the manuscript and make copies of that, then spend mailing, phone, or even gas to get the manuscript to publishers. In other words, I offered a sacrifice to the market, and if my sacrifice was accepted, the book was published and I got royalties.

A second component of this is that you are never sure that you have served your fellow man until your fellow man has paid you. Payment requires a little review of the whole notion of “money.” Money is often called a “medium of exchange” or “legal tender.” But in its most essential form, money is a “physical representation of someone’s time, talent, and energy.” When you pull out dollars to pay for something you are really pulling out little bits of your own time, talent, and energy. It sounds strange, but money is almost a “living thing” in that part of YOU is in it. And the same with everyone else. So when someone else pulls out his money he is actually giving you a little bit of his life!

This brings us to a discussion of prices. A price is simply a piece of data. It’s the point at which people are willing to trade a little bit of themselves for the product you made or the service you gave. That’s all. There is no moral component of a price. It isn’t “good” or “bad,” it is never “moral” or “just.” There is no such thing. To label something, as the Catholic Church once did, a “just price” means that a Pope or a Bishop is telling you what he thinks a product is worth, when in fact it may be worth much more to you. Likewise, a “just price” is a bureaucrat saying your work isn’t as valuable as you think it is: you must take what the bureaucrats says is “just.” There can never be an “obscene” price. Think about it this way: what is a yardstick? A yardstick is a piece of information about length. There is no such thing as an “unfair” yardstick. “Gee, I think a yardstick should have four feet to it!” No. It is simply a piece of information. Likewise, when you see a “Bridge Out Ahead” sign, it has no moral component at all. You would never be so foolish as to say “That’s an immoral sign. I don’t think there should be a bridge out there.” Fine. Run off the cliff, I don’t care.

Just as you would be incredibly foolish to ignore such a sign, or to try to act like a yard is more or less than 3 feet, it is foolish to act like other prices are subject to whether you or I think it’s “just” or “fair.” There is only one choice you have to make with any price: “I will pay it or I will not pay it.” When enough people refuse to pay a price on anything, either the price drops or the producer goes out of business. The “moral” price and the “just” price is the price people are willing to pay and the price at which the producer is willing to sell. Anything else involves force and means a third party is determining what is “fair” or “just.”

Smith then completely and totally wove morality and selflessness into the very fabric of capitalism. Far from what some claim (“capitalism is selfish”) it is exactly the opposite. Smith’s theory, however, appeared in 1776 and did not percolate into America until the late 1780s. Remember America was a mercantilist country in terms of its origins. Individuals and groups had engaged in capitalist practices since the conversion of the “commons” in both Jamestown and Plymouth, but nationally the theory was still that businesses should also support and benefit the national government.

We see this in Secretary of the Treasury Alexander Hamilton’s proposals for “protective tariffs” in his early proposals to Congress. But Hamilton had a specific strategy with his call for “protective tariffs.” Hamilton wanted tariffs on those goods that would compete with our “infant industries—but only select “infant industries,” namely iron and textiles. Hamilton wanted to protect America’s ability to produce our own cannons and muskets and to clothe our army and navy in uniforms. In other words, Hamilton’s protections were specifically aimed at national security concerns. Below the level of the U.S. government, however, America was a “capitalist” nation almost from its inception and over time, the protective tariffs would apply to fewer and fewer industries as American manufacturing soon diversified. By 1800, the United States was a “free market” country in all but a handful of industries and continued to move toward free markets (except in iron and textiles) all the way up to the Civil War.

You need anVIP Membershipto get access to The 1620 Default: Chapter 4

We have emailed instructions to access The 1620 Default: Chapter 4 to . Make sure the email arrives in your inbox: either add "support@wildworldofhistory.com" as a safe sender to your email platform, or if you use Gmail, drag our email into your Primary tab.