The 1620 Default: Chapter 6: Slavery, An Introduction 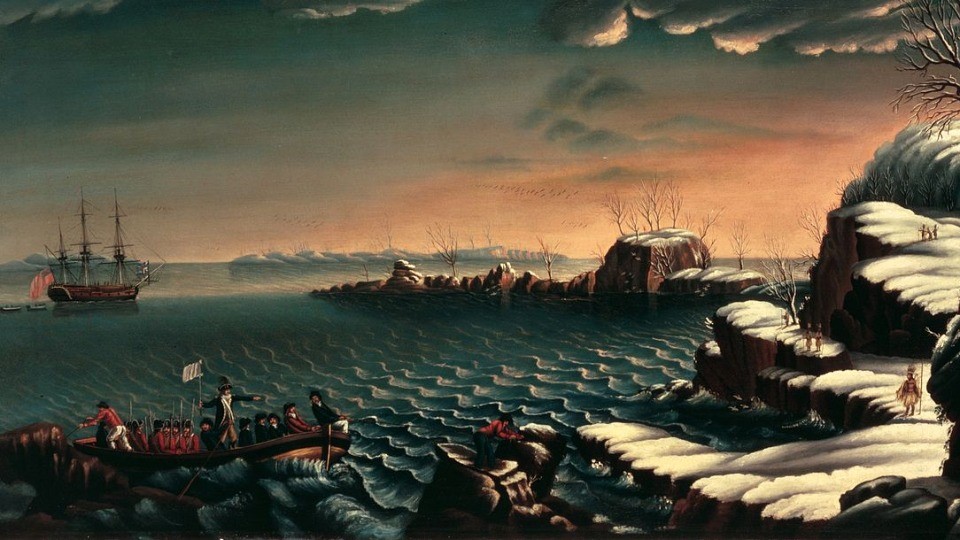 Historians have been addressing the topic of slavery in history for over 100 years. It has not lacked for research. There were pathbreaking works by David Brion Davis, Robert Fogel and Stanley Enterman, and a host of others. American historians have mostly focused on slavery as a cause of the Civil War, or on its stark contrast with the ideals expressed in the Declaration. We will, in time, get to all of these arguments. But to reach that point we need to have an understanding of slavery historically so that we do not fall into the trap of so many leftists who operate outside of historical context.

Historians have been addressing the topic of slavery in history for over 100 years. It has not lacked for research. There were pathbreaking works by David Brion Davis, Robert Fogel and Stanley Enterman, and a host of others. American historians have mostly focused on slavery as a cause of the Civil War, or on its stark contrast with the ideals expressed in the Declaration. We will, in time, get to all of these arguments. But to reach that point we need to have an understanding of slavery historically so that we do not fall into the trap of so many leftists who operate outside of historical context.

The overriding truth is that when slavery arrived in Virginia in 1619—some 12 years after Jamestown was founded and just a year before the Pilgrims would establish “American Exceptionalism” at Plymouth, slavery was an accepted practice all over the world. Not a single major thinker or spokesman had challenged it. As Stewart Gordon, in his new book, Shackles of Iron, notes:

One measure of just how natural and accepted slaery was across the world is the astonishing fact that none of the founders of the world’s most widespread religions and influential philosophies condemnedit: not the Buddha, not the writers of the Hindu sacred texts, not the authors of the Torah or of the Talmud, not Christ, not Muhammad, not Confucious or Socrates or Plato or Aristotle. The Hebrew and Christian portions of the Bible, for example, accept slaery as normal, and the Book of Genesis even offers a moral justification for it. Buddhism, in spite of advocating non-vioilence toward all living beings, lived comfortably for millennia with slaves as the main labor force for monasteries. Christ made no specific condemnation of slavery. The Apostles and the Early Church offered suggestions fro alleviating the most onerous features of slaery but accepted slaery as a natural institution. Muhammad owned slaves, and [Islamic holy law] details the just and proper treatment of slaves. Equally striking is that slavery forms part of the moral order in virtually every local religion, be it Native American, Mongolian, Scandinavian, or Polynesian.

Slavery was present in absolutely every society, from Korea, where some 200,000 slaves were attached to state officials alone; to Japan, where wives and children of executed criminals were enslaved; to China, where indigenous slavery was common in the 1500s. India had a system of giving slave women as gifts. Probably the worst offender in the world was the Muslim Ottoman Empire, where at any time, the “sultan could have a household of 20,000 slaves. The Ottoman army itself had some 40,000 military slaves called Janissaries, and the Ottoman navy relied entirely on 80,000 slave rowers, whose lives were used up so quickly that replacements were needed regularly. Gordon estimates a million slaves moved into the Ottoman Empire every decade, compared to just a few thousand going to the Americas per decade. Mayans and Aztecs used slave labor on an industrial level, and slaves were reported among Indian tribes in the Pacific Northwest.

Another study, White Slaves, Muslim Masters looked at the vast extent of Islamic slavery in the Mediterranean well into the late 1700s. In particular, the Barbary Pirates used slavery and ransoming of European slaves as a business model until President Thomas Jefferson crushed the Barbary Pirates in the Barbary Wars of the early 1800s. It is important to understand that while supposedly there was a difference between a “slave” and an indentured servant, in both reality and before the law quite frequently there was no distinction. Indentured servants from England included political prisoners, recalcitrant Irish, and homeless children simply swept off the streets and shipped to the West Indies. One source claims some 80,000 Irish “indentured servants” (who were really slaves) labored in the West Indies in the early 1700s. In total, the British sold off as many as 300,000 Irish as slaves—though not all to the West Indies---who were about one-tenth the cost of a black slave. Terms of indenture could be changed on the whim of the master, and could include such violations as running away or failing to obey an order, and could result in the indenture being extended ultimately to life. While the historical debate about the number and condition of Irish slaves/indentures in the West Indies is today laden with political correctness, there is no question that the lower number of the “Irish deniers” of 10,000 is ridiculously low, and that the complete equivalency of black slaves and Irish indentures is not correct either. The truth lies in the middle, that upwards of at least 50,000 Irish (and other white) indentures arrived in the New World, that they were often horrifically treated, that their conditions could approach that of black slaves, and that usually they did not approach those conditions.

Nevertheless, what is astonishing about this record is the criticism directed at the only societies in all of human history to try to abolish slavery—the West, and America in particular. While William Wilberforce in England gets great credit, all of it well deserved, for abolishing slavery in the British Empire, he was late to the game. In 1759, a former slaveowner in America and one of America’s wealthiest men, had an epiphany after attending a school for black children in England. That year, Benjamin Franklin met Anthony Benezer, who started a similar school in Philadelphia. In 1774—again, some 13 years before William Wilberforce’s conversion to anti-slavery---Benezer had also started the Philadelphia Society for the Relief of Free Negroes Unlawfully Held in Bondage, known as the Abolition Society. Franklin, who had believed blacks were naturally inferior, had a change of heart after his meeting, and concluded that all that was lacking in blacks was education and freedom. Although Franklin continued to hold slaves off and on through 1781 when he finally divested himself of them, he became president of the Abolition Society in 1787, the same year Wilberforce began his work. Three years later, Franklin petitioned Congress to bring slavery to an end. As with Wilberforce’s resolutions, it was defeated. But the key in both England and America is that the ideas of “free men” that had taken root in political thought found nowhere else in the world for the first time called slavery into question. And that is where we will begin this discussion next time.

You need anVIP Membershipto get access to The 1620 Default: Chapter 6: Slavery, An Introduction

We have emailed instructions to access The 1620 Default: Chapter 6: Slavery, An Introduction to . Make sure the email arrives in your inbox: either add "support@wildworldofhistory.com" as a safe sender to your email platform, or if you use Gmail, drag our email into your Primary tab.