The 1620 Default: Geography and American Exceptionalism 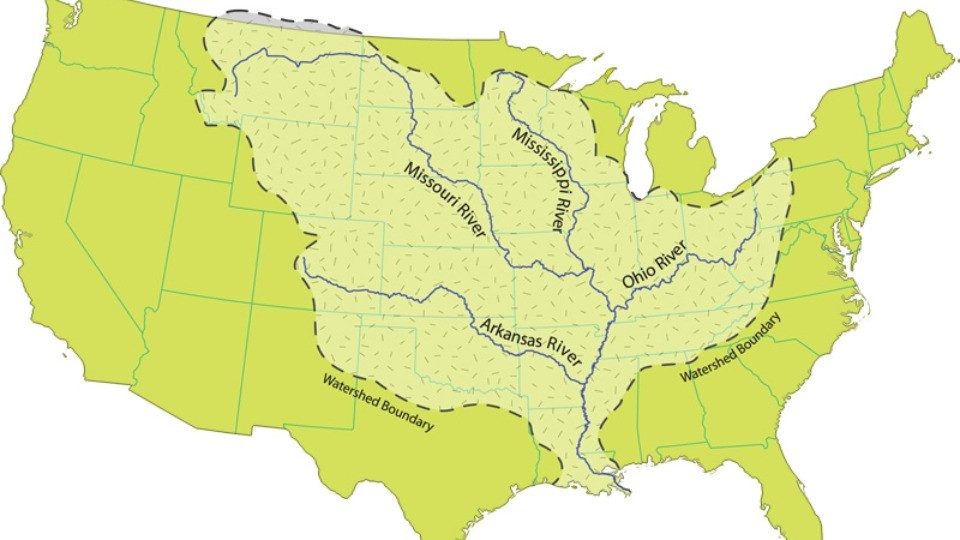 Continuing our series on American exceptionalism as stemming from Plymouth and the Pilgrims, it is worthwhile to consider the arguments of a “futurist” and modern global analyst Peter Zeihan. He has worked in energy—especially oil—and in the last few years has written two highly informative books, The Accidental Superpower (2016) and The Absent Superpower (2017). In these, he makes a strong case for America’s geographic exceptionalism.

Continuing our series on American exceptionalism as stemming from Plymouth and the Pilgrims, it is worthwhile to consider the arguments of a “futurist” and modern global analyst Peter Zeihan. He has worked in energy—especially oil—and in the last few years has written two highly informative books, The Accidental Superpower (2016) and The Absent Superpower (2017). In these, he makes a strong case for America’s geographic exceptionalism.

For example, America’s 12,000 mile long Mississippi River/Missouri River system s the longest navigable river system in the world—indeed more than the rest of the world put together> This has permitted the U.S. to move food and products internally at a fraction of the cost of other countries. Over two centuries, New York, Philadelphia, Baltimore, New Orleans, Mobile, Minneapolis/St. Paul, St. Louis, Pittsburgh, Sacramento, San Francisco, Chicago, Buffalo, and many other major cities are right on the water (whether the Great Lakes or the river system) and have owed much of their success to the cheapness of water transport. Likewise, the American agricultural system features over 152 million hectares of arable land of farmland as of 2016, of which one-third is considered prime agricultural land whereas in 2016 Russia had only about 123 million arable hectares, yet the United states is only about 40% of the size of Russia in terms of land mass. Moreover, as Zeihan notes, the United States is the only country in the world that still has prime lands that can still be improved. Consider, though, that far larger chunks of Russia are unusable during much of the year, and the equation becomes even more stark in its contrast.

Latin America faces many of the same hurdles. Its Rio de la Plata area in northern Argentina is excellent farmland, and its transportation routes run from the interior to Buenos Aires. But the Pilcomayo River flows north and south, not east and west to tie the Pampas and the agricultural lands to the coastal cities. Going westward is blocked by the Andes Mountains. Similarly, Brazil’s population is almost entirely on the eastern third of the country because the Amazon basin is virtually uninhabitable. The same problem afflicts Africa, which has dense jungle separating the north from the south and breaking trade routes from interior areas that possess raw materials.

However, America’s advantages—which seem so obvious now and which Zeihan correctly points to—were not always present. Indeed, acquiring them, subduing the land, and connecting the vast country required visionary heroes in exploration, business, diplomacy, and the military, along with an aggressive (much maligned) desire to expand. For example, at the end of the War of 1812, the United States stretched to the Mississippi in terms of settled, occupied land, with the Louisiana Purchase just being opened. But the Florida borders weren’t settled until 1819, and Missouri itself did not become the first state on the western side of the Missouri until 1820. Even the Louisiana Purchase was an remarkable act by President Thomas Jefferson, who did not have the constitutional authority to make the purchase; and it only came about because of a fluke in which the Emperor Napoleon—finding he could not control a revolt in French-owned Haiti—decided to unload his North American property. Under another ruler, the sale might not have been made in the first place.

Even then, the United States as we know it today still would have been much smaller if not for the independence of Texas from Mexico in 1836 and nine years later was annexed by the United States. Following the Mexican War—that largely stemmed from unresolved Texas issues—the United States then gained the American Southwest, finally fleshing out the contiguous states with the Gadsden Purchase of 1853. Later, Alaska, and still later, Hawaii were added. But the essence of American power and character was there before the Civil War. It was only through the work of determined presidents like James Monroe and James K. Polk that America’s boundaries were fleshed out.

Still, America might have been much like Russia—a giant country divided by mountains—were it not for the efforts of trailblazers and railroaders who cut trading and transportation swaths across the country. Henry Wells of Wells Fargo, John Butterfield, “Kit” Carson, John C. Fremont, Henry Villard, Leland Stanford, Charles Crocker, Collis Huntington, Mark Hopkins, Thomas Durant, and James J. Hill in the 1800s, then, in the 20th century, the National Highway Act that tied the country together through railroad and highway systems.

Even then, other ingredients were necessary to lift America up to the point that Zeihan can tout its immunity to many world calamities. Those were, primarily, inventors such as Cyrus McCormick and Joseph Glidden, who made harvesting and stock-raising cheaper and more effective; or cattle drivers like Jesse Chisolm, Charles Goodnight, and Oliver Loving. As it became possible to more effectively harvest wheat or herd and contain cattle, the Great Plains states came to life, all connected to markets by the rivers and railroads.

A final key element making all this possible was land and the money or credit to acquire it. Land ownership had been a principal American objective since the founding, and a number of “homestead acts” made it possible for settlers to obtain significant acreage inexpensively. The most important of these, the Homestead Act of 1862, granted up to 160 acres to any settler willing to settle on the public land in the west. It was required that the settler “improve” the land—that is, build a house or a farm, and to stay on the land for five years, but other than that, there were no strings. Later, other acts gave away public land to people who were sharecroppers; or those who would plant trees; or those who would raise stock on their land.

Finally, the American banking system supported farm and agricultural loans, with the “feedback loops” inherent since the founding (whereby land availability led to high wages, which caused business to substitute machines for laborers, which led to higher skilled workers getting higher wages, which led to higher wages). This combination caused a surge in American capital that resulted in the United States possessing more working capital than any other nation on earth.

The result was that by the 21st century, the United States was the largest market in the world by a factor of three; that on the whole it was younger than almost all other developed nations; and that the United States was overwhelmingly self-sufficient. By 2018, the U.S. was on its way to be energy independent; and was already food sufficient. As of 2008, only about 14 percent of America’s GDP involved imports, and most of that came from Canada and Mexico. What all this meant was that the United States became easily able to survive without the rest of the world, and can continue to develop without anyone else’s help.

You need anVIP Membershipto get access to The 1620 Default: Geography and American Exceptionalism

We have emailed instructions to access The 1620 Default: Geography and American Exceptionalism to . Make sure the email arrives in your inbox: either add "support@wildworldofhistory.com" as a safe sender to your email platform, or if you use Gmail, drag our email into your Primary tab.