The 1620 Default: The Jenny Mill and Capitalism in Early America 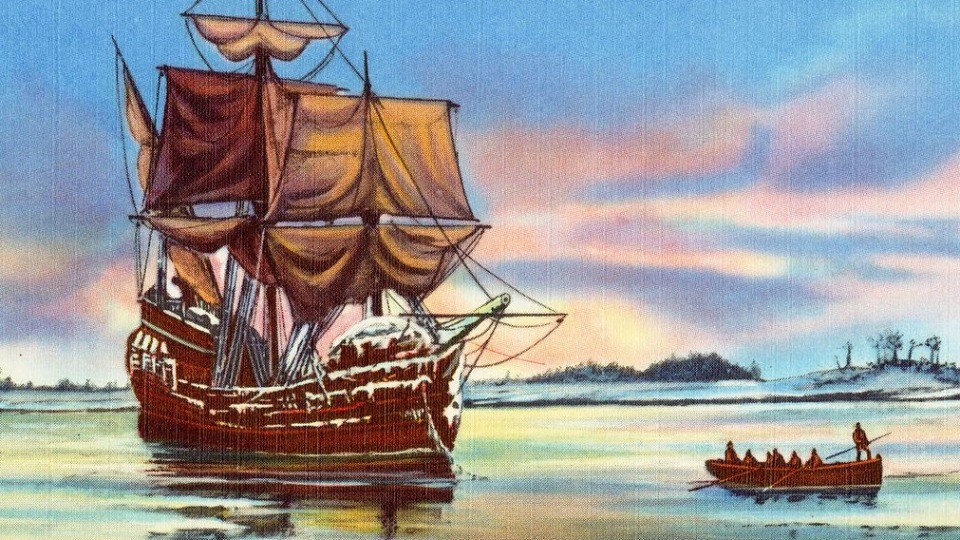 The 1620 Default: The Jenny Mill and Capitalism in Early America
1620 Default

This is our first record in America of the fourth Pillar of American Exceptionalism, capitalism or a free exchange of goods (corn) for money . . . or in this case, payment in corn. Remember from our “Enduring Lessons’ series that money is whatever you determine it to be, and whatever people have faith in.

When Dave Dougherty and I arrived at the “four pillars of American Exceptionalism” in A Patriot’s History of the Modern World, vol. 1—the adapted those pillars backward with Michael Allen to A Patriot’s History of the United States—it was always easy to spot the early American origins of the first three (a Christian, mostly Protestant, religious foundation; common law; and private property with written titles and deeds) in Plymouth. Hence, the series “The 1620 Default.” But I always thought we had to fudge by putting “capitalism” or free market exchanges in early America. After all, by the time of the Revolution, the American colonies were not under capitalism but Mercantilism (which was the notion that government controlled business for the good of the country).

We had all assumed that various “free market” and “capitalist” activities went on—but that this was just below the radar. That is, until I heard a talk by Leo Martin of Plymouth, who has a museum dedicated to the Plymouth colony and to spreading history there. Martin heads the Jenny Museum (http://www.jenneymuseum.org/) and he noted that (I have mentioned in previous lectures) the Pilgrims under Governor John Carver were communal (https://www.prageru.com/video/americas-socialist-origins/). They had lands they worked “in common” and took what they needed from the communal grain bins. Of course, this failed rather quickly (as it had in Jamestown). Carver corrected his error and divided the land equally among the families based on family size, then washed his hands of any more administration of the economy. It was up to each Pilgrim family to provide for itself. Before long, they had abundance (“no wante” as William Bradford wrote). And this was before the Indians led by Squanto taught them agricultural tricks.

Yet they were still a barter economy . . . until a grist mill was constructed in 1636. Someone had to run it, but that “someone” could not both run the mill and grow his own corn. Therefore, John Jenny was given permission to run the mill in return for a “payment’ of a percentage of all the corn he milled. When he died in 1644, his wife Sarah and her son Samuel ran the mill until 1683.

This is our first record in America of the fourth Pillar of American Exceptionalism, capitalism or a free exchange of goods (corn) for money . . . or in this case, payment in corn. Remember from our “Enduring Lessons’ series that money is whatever you determine it to be, and whatever people have faith in.

Learning of this reminded me how absolutely critical Plymouth was to the development of American Exceptionalism, for now there we can see all four pillars at work.

Leo Martin runs a tour of Plymouth, dressed up as a pilgrim and his tour routinely is rated as the very best of the Pilgrim sites.

You need anVIP Membershipto get access to The 1620 Default: The Jenny Mill and Capitalism in Early America

to access
The 1620 Default: The Jenny Mill and Capitalism in Early America

to access
The 1620 Default: The Jenny Mill and Capitalism in Early America

We have emailed instructions to access The 1620 Default: The Jenny Mill and Capitalism in Early America to . Make sure the email arrives in your inbox: either add "support@wildworldofhistory.com" as a safe sender to your email platform, or if you use Gmail, drag our email into your Primary tab.