The Horrible History of Howard Zinn ... and What To Do About it: 3 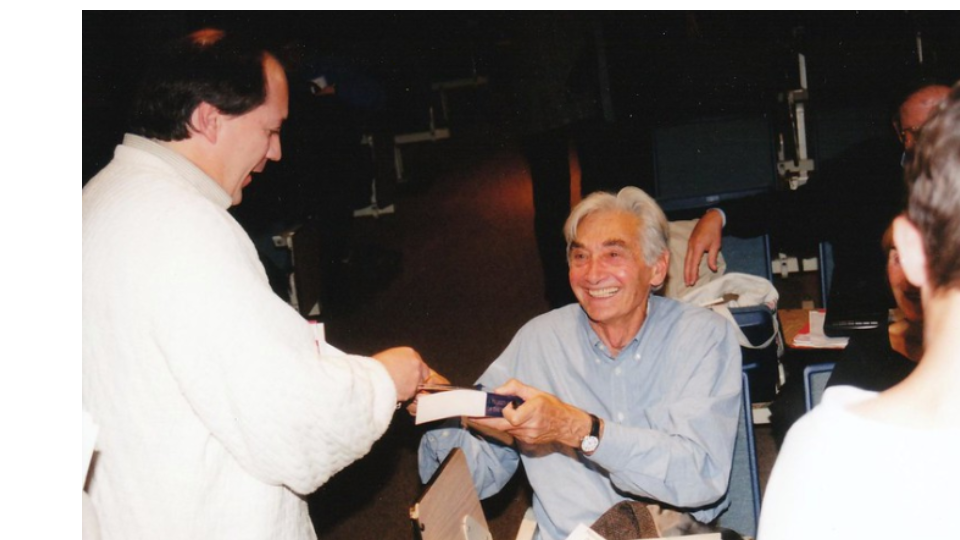 Part of The Horrible History of Howard Zinn

To be honest I never heard of Howard Zinn until the 1990s. A People’s History of the United States was not, to my knowledge, used in any of my graduate classes when I attended the University of California nor in my short time actually on campus did I ever hear it referenced. Of course, I was only there in the Ph.D. program for one year, right after Zinn’s book came out, so the influence would have been relatively small. 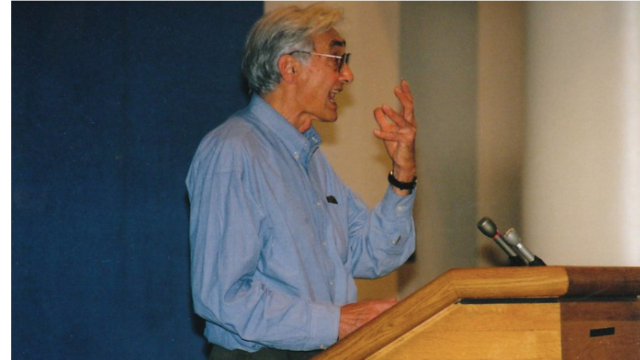 The Horrible History of Howard Zinn 2

Part of The Horrible History of Howard Zinn

To be honest I never heard of Howard Zinn until the 1990s. A People’s History of the United States was not, to my knowledge, used in any of my graduate classes when I attended the University of California nor in my short time actually on campus did I ever hear it referenced. Of course, I was only there in the Ph.D. program for one year, right after Zinn’s book came out, so the influence would have been relatively small. 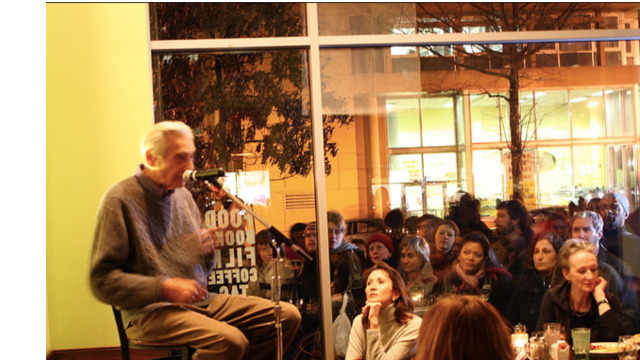 We have been looking at the tricks Howard Zinn uses to distort history, including his abuse of the ellipses to exclude information that would place (in this case, Columbus’s) comments in context. Another trick he uses is descriptors. Consider how he introduces People’s History in his discussion of Columbus’s landing:

We have been looking at the tricks Howard Zinn uses to distort history, including his abuse of the ellipses to exclude information that would place (in this case, Columbus’s) comments in context. Another trick he uses is descriptors. Consider how he introduces People’s History in his discussion of Columbus’s landing:

Then, here come the evil Spanish:

Wait, what? The Arawaks didn’t “speak oddly?” And Columbus’s men had their swords in sheaths at their sides.

What is again interesting in context is that Columbus wrote “They do not bear arms, and do not know them, for I showed them a sword, and they took it by the edge and cut themselves out of ignorance. They have no iron.” So Columbus doesn’t come out slashing down Indians, but quite the contrary, they are interested in his sword and because they don’t have iron, are mystified. The question is, if the Arawaks didn’t have iron, why were they so backward? According to Wikipedia, “Iron is one of the elements undoubtedly known to the ancient world.” It was first discovered in 2000 B.C.. Iron is the “fourth most common element in the Earth’s crust,” yet it wasn’t just the Arawaks who didn’t have iron, but virtually none of the indigenous people in Central or North America. When Cortez encountered the Aztecs, their weapons were wooden paddles with rocks embedded in them. A polite way of saying this is that the natives Columbus and the Spaniards encountered were technologically backward to an incredible degree—behind Assyria, China, Persia, Europe, and India by over 1,500 years.

Later we see that Columbus lies—or so Zinn claims—about the amount of gold in the Caribbean, yet when Zinn quotes Columbus on the wonderful traits of the Indians, suddenly he tells the truth. The natives “are so naive and so free with their possessions that no one who has not witnessed them would believe it. When you ask for something they have, they never say not. To the contrary, they offer to share with anyone . . . .” (People’s History, 2003 ed., 3.) Ah, so here Columbus is telling the truth.

Eventually Zinn gets around to the number of Indians in Central and North America, and again, it appears he goes with whatever numbers suit his narrative. In A Patriot’s History of the United States, Michael Allen and I included a detailed three-page discussion of the latest research on native populations in North America and Mexico. (“Did Columbus Kill all the Indians?”) For many years, researchers used a number of 100 million. Where did they get this? It appears out of thin air. In the first place, it was arrived at by subtraction, with an assumption that European arrival and exploration killed about 50 million Indians, or that the Europeans either directly or indirectly killed half the Native Americans. A 1999 article in William & Mary Quarterly, for example—which Zinn could have seen if he had looked—cut the total number in half, to 53 million Indians in North America. But even that number has fallen steadily, perhaps by four million a year. In 1976, Henry Dobyns wrote American Historical Demography that put the number of Indians in North America at 40 million; since then, the numbers of estimated people in North America fell to a high of about eight million to as low as one and a half million. Keep in mind that Zinn claimed three million died just in the first 12 years after Columbus’s arrival— a ludicrous claim. Or course, Zinn also claims “The Indian population of 10 million that lived north of Mexico when Columbus came would ultimately be reduced to less than a million” (People’s History, 2003 ed., 16). Again, no evidence or proof. Yet just two pages later (18) we find “”they [the Indians] numbered approximately 75 million people by the time Columbus came, perhaps 25 million in North America (my emphasis).” The Indians must have been amazing at repopulating themselves, given that their numbers rose 15 million in just two pages!

Naturally, Zinn ignores all this research.

Just to jump forward a little, he applies the same absence of logic or reasoning to other Indian numbers. He cites a claim that “perhaps three thousand” Wampanoags lived on Martha’s Vineyard in 1642, but 120 years later only 313 were left. Zinn doesn’t bother to ask how many Indian enemies the Wampanoags had, or if they experienced diseases other than smallpox—virtually the only Euro-specific disease one can point to. Regardless, the numbers vary by as much as 400% depending on which source you use.

More recently, anthropologists looking at a more realistic “carrying capacity” of the land have viewed with skepticism that the Indian populations ever could have exceeded 20 million (including 1 million Aztecs). When one accounts for diseases, another issue arises, namely, what diseases did the Europeans bring? One recent study of 12,500 skeletons found that Indians health was on a “downward trajectory long before Columbus arrived.” Tuberculosis, polio, herpes, giardiasis, dysentery, and a variety of tick-borne fevers all killed natives before 1492. Even Dobyns agrees with that conclusion.

There is little attempt by Zinn or his ilk to track the numbers of Indians killed by other Indians. In the case of the Aztecs, little death occurred in battle, as the goal was to capture humans for sacrifice at the altar later. Victor Davis Hanson, in Carnage and Culture, points out that the Aztecs’ weapons were deliberately designed more to stun and capture than to kill (which is one reason they failed so miserably against the Spanish). Once dismissed, now the Spaniards’ early claims of seeing widespread ruins or “great houses” that had been abandoned for years is evidence of this “young disease” hypothesis.

After providing bogus numbers on the Indian population in North and Central America, Zinn launches into a romantic and deeply misleading discussion of the “egalitarian” and peaceful Indians. Recall he has already belabored us with how selfless the Arawaks were—but Of course “Marxism” was not even born until Karl Marx hatched it in the 1840s (although to be fair, he stole from Robert Owen and Charles Fourier who had written down concepts of “socialism” in the early 1800s). But that’s still a good 400 years after the Indians Zinn describes. Nevertheless, we find “They perfected the art of agriculture” (as though Africans, Chinese, Muslims, Russians, and of course Europeans didn’t know anything about the “art of agriculture.” Might we recall that during this time, while the Indians were “perfecting” the art of agriculture, Europeans invented the three-field crop system, the plow, the padded horse collar (oh, wait! The Indians had not yet learned how to domesticate animals for farm labor!), and most of all the water wheel. This is just a tad important because neither the Aztecs nor the North American Indians had the wheel in any usable iteration.

Let that sink in: When the Spaniards arrived (having crossed the ocean by developing ship technology that no Indians anywhere had even examined), with lateen sails, overlapping planking, the sextant, maps, written language (which only a few Indian tribes had), and the compass, the Europeans had already left behind technology that Indians were not even close to, including the printing press, harmony, the pipe organ, advanced horse breeding, their own fisheries, animal domestication, and the aforementioned wheel. But gee, the brilliant Indians had (according to Zinn) learned to harvest, husk, and shell various nuts, plants, and vegetables as well as maize (corn). But they had not yet learned of wheat. And the Egyptians had beaten them to beer by about 2,000 years.

You need anVIP Membershipto get access to The Horrible History of Howard Zinn ... and What To Do About it: 3

to access
The Horrible History of Howard Zinn ... and What To Do About it: 3

to access
The Horrible History of Howard Zinn ... and What To Do About it: 3

We have emailed instructions to access The Horrible History of Howard Zinn ... and What To Do About it: 3 to . Make sure the email arrives in your inbox: either add "support@wildworldofhistory.com" as a safe sender to your email platform, or if you use Gmail, drag our email into your Primary tab.