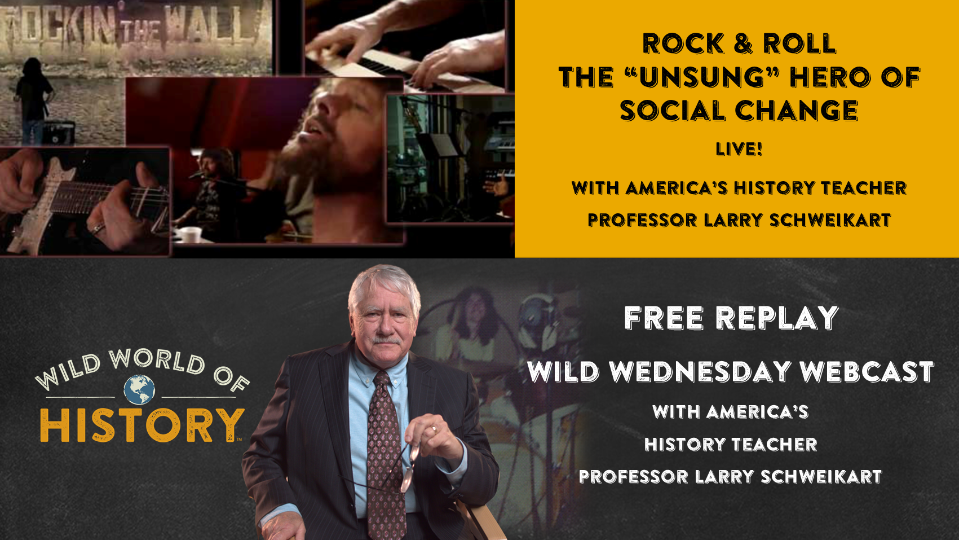 When we say social change, we're talking MASSIVE social change. The world today is vastly different than it was one, two, three, four decades ago. Sure political forces helped change the world, but let's not underestimate the earthquake that was, and is, Rock & Roll. From lyrics to riffs to the culture of rock music... well, let's just say, the walls came down and the world changed forever. "Zoom in" to this extraordinary first-hand (yes, Larry was a rock & roll drummer before he became America's History Teacher) glimpse at the unsung hero of social change: Rock & Roll. (FYI: Another fact about Larry. He is the film producer who made "Rockin' the Wall," the definitive documentary about Rock music and Communism.)