What is the True Story Behind the Colt 45? 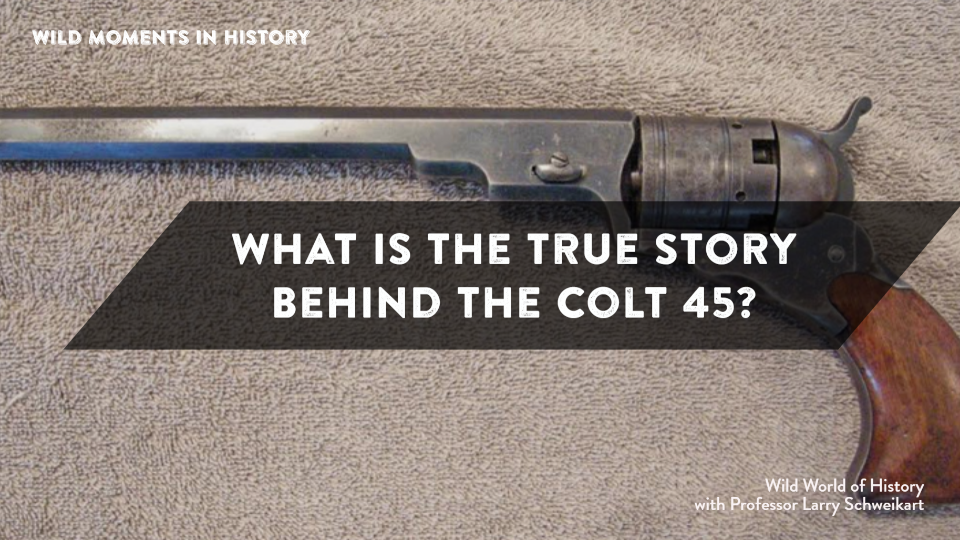 What is the True Story Behind the Colt 45?
Wild Moment in History filed in History of War and Peace , American History , History of Entrepreneurs, Economics and Business

Did you know that famous gunsmith Samuel Colt was broke, and his company closed before he was saved by a cavalry charge?

Samuel Colt had conceived the idea of a revolving pistol while a young man on a voyage to India. His parents sent him there to straighten him out (It seems young Sam liked to blow things up, and once set fire to his school).

When he returned, Sam’s father gave him the money to hire a gunsmith to manufacture the weapon—only it was extremely complex and had a habit of misfiring. Army tests concluded the revolver wasn’t effective or practical. Colt’s armory went out of business, and he ran off to New York City to escape his creditors, nearly penniless.

Meanwhile, a troop of Texas Rangers was attacked by an body of Indians five times its number, but, armed with Colt’s “ineffective” pistols, defeated them. The leader of the Rangers was a man named Walker.

Anyway, he wrote Colt and described the battle. Walker said that with minor improvements, the pistol would be a highly effective combat weapon.

Roughly at that same time, war with Mexico broke out and the U.S. Army ordered 6,000 of the “impractical” Colt pistols. Colt hurried back to Connecticut where he assembled a workforce from Eli Whitney’s old companies (who had mass-produced muskets in the early 1800s) and churned out the re-designed guns, now known as “Walkers.”

He hired the famous artist George Catlett to paint pictures of men using Colts to fight and hunt.

Colt staged a first-rate marketing campaign, and in 1851 a massive display of Colt firearms was the hit of the Great Exhibition in London.

By then, gold beckoned in California , Mormons were trekking to Utah, and a stream of fortune hunters, frontiersmen, and settlers headed West, nearly every one of them carrying a Colt.

The Colt—usually the .45—was known as the “gun that won the “West.”

For further reading, see Harold Evans, They Made America (2006) and the PBS video series of the same name.