Wild! Did you know about the real Cannonball Run, Mr. Toad’s Wild Ride, and Horatio Jackson? 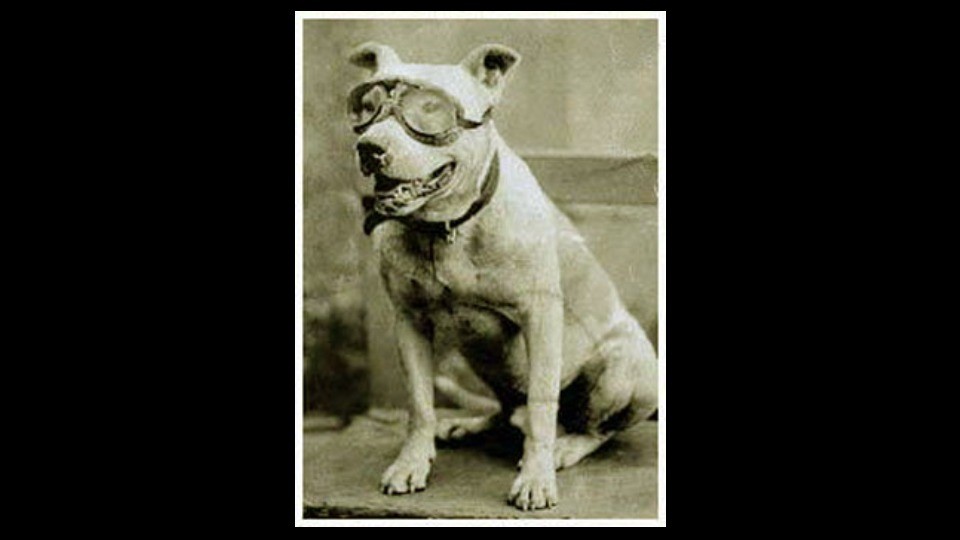 Wild! Did you know about the real Cannonball Run, Mr. Toad’s Wild Ride, and Horatio Jackson?
Wild Moment in History

I recently asked a historian of the auto culture in America, Professor John Heitmann, about some of the wildest rides in automotive history. He said, “Do you mean The Cannonball Run1981 movie with Burt Reynolds? Or Bullitt, the 1968 action film with probably the greatest car chase scene ever filmed?” I said, “Neither. I was talking about real wild rides.”

I recently asked a historian of the auto culture in America, Professor John Heitmann, about some of the wildest rides in automotive history. He said, “Do you mean The Cannonball Run1981 movie with Burt Reynolds? Or Bullitt, the 1968 action film with probably the greatest car chase scene ever filmed?” I said, “Neither. I was talking about real wild rides.”

"Well, most of these were based on real events. For example, Cannonball Run was based on real cross country races featuring began as a motorcycle racer and then moved into auto racing from 1910 to 1930. He set many driving records. Then there’s “Mr. Toad’s Wild Ride” from the 1908 book, The Wind in the Willows, written by Kenneth Grahame, where Mr. Toad crashes seven cars and ends up in the hospital three times. (This became a ride in both the Anaheim and Florida Disney amusement parks.)

“Horatio Nelson Jackson, who in 1903, drove from San Francisco to New York in what is generally accepted as the first national cross-country auto trip.” Heitmann explained that Jackson was a Canadian who moved to Vermont and as a doctor became the mayor of Burlington, Vermont for several terms. Wealthy on his own accord, Jackson married into even more wealth.

Jackson was an auto enthusiast who was convinced the auto was not a passing fad. “He was playing pool in San Francisco’s University Club in May 1903 when he and another player made a bet about a car,” Heitman said. “This is all depicted in a documentary called ‘Horatio’s Drive.’ He and the other guy bet $50 (about $1400 in 2020 dollars) on whether Jackson could cross the entire country in a car.” What made the bet so interesting, Heitmann noted, was that “Jackson didn’t even own a car, nor was he sponsored.” Jackson had no maps, and had virtually no experience driving. “Oh,” Heitmann added: “and there were no roads.” The auto was so novel that virtually no roads at all existed, let alone interstate highways!”

Jackson convinced a mechanic named Sewell Crocker to come along, and he acquired a Winton automobile with a two-cylinder, 20-horsepower engine. He named the car “Vermont.” Jackson and Crocker loaded up with clothes, sleeping bags, canteens, an axe, shovel, firearms, and other necessities. Although Alexander Winton (whose car Jackson was driving) had attempted the trek straight across the country from San Francisco, through Nevada and Utah, Jackson instead went north first—to Oregon, then followed the old Oregon Trail and avoided the Rocky Mountains.

Departing on May 23, 1908, Jackson and Crocker (and a dog, “Bud,” they picked up in Idaho, and equipped with goggles) blew out a tire only 15 miles into the trip. Fortunately, there was only one other spare in all of San Francisco that fit their Winton, and they got it. Again, lacking maps, they relied heavily on directions from locals—which proved problematic when one woman sent them 100 miles out of their way, just so her family could see a car. From that point on, Jackson encountered one setback after another: more breakdowns, running out of oil, losing his coat which had all his money in it. Going to Cheyenne, Wyoming to get money wired to him by his wife, Jackson got lost and the three went without food for 36 hours until a sheepherder found them. But even before getting to Cheyenne, the car broke down again. As Heitmann said, “he was patching this thing up all the time.”

Eventually, Jackson, Crocker and Bud got to Omaha where they finally found paved roads and reliable directions. But just outside of Buffalo, New York, they hit a hidden obstacle and all three were thrown from the car. Finally, on July 26, 1903, after 56 days on the road, they arrived in New York City satisfying the bet.

“Horatio’s Drive” certainly would not be the last cross country trip. As Heitmann, who has written a book called The Automobile in American Life, noted, even to this day cross country drives remain and important segment of America’s passion for the outdoors, and, of course, “someone is always trying to break a record.”