Wild! Did you know that Andrew Carnegie Worked for Pennies a Day? 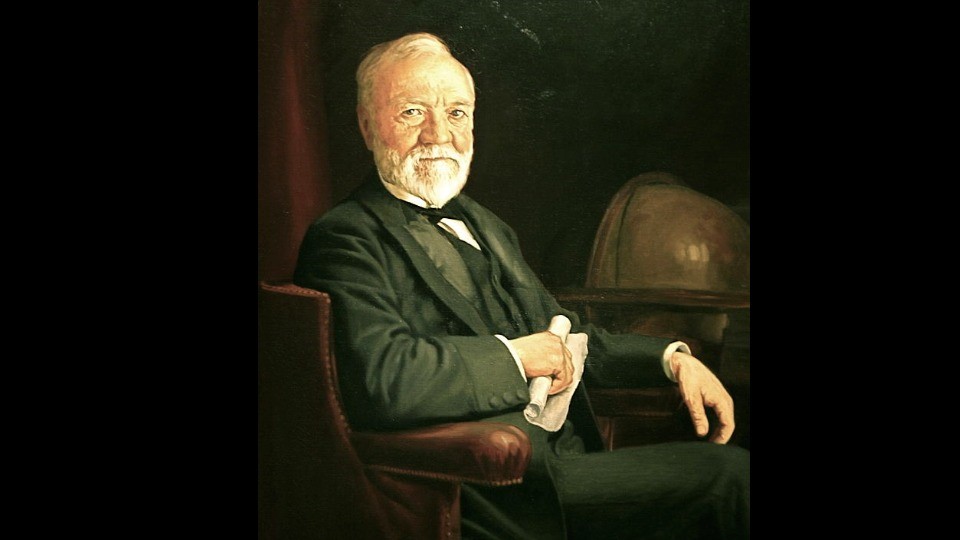 Wild! Did you know that Andrew Carnegie Worked for Pennies a Day?
Wild Moment in History

Andrew Carnegie was the Bill Gates of his day. Depending on the source, the Scotsman was either richer than Gates or just slightly poorer. But when it comes to billions of dollars, who’se counting?

Andrew Carnegie was the Bill Gates of his day. Depending on the source, the Scotsman was either richer than Gates or just slightly poorer. But when it comes to billions of dollars, who’se counting?

At a time when most Americans won’t let their 13-year-old go to the mall by themselves, Andrew Carnegie and his cousin came to America . . . alone! He managed to get a job changing bobbins in a textile mill for pennies a day!/

In 1849, he got a better job in a Pittsburgh telegraph company, where he demonstrated a rare talent for being able to translate Morse code in his head without writing down the dots and dashes. By age 16, Andrew earned more than his father did, and he caught the eye of Thomas Scott, superintendent of the Pennsylvania Railroad Company. As was common in the day, men of substance apprenticed or mentored young men to prepare them for jobs and/or public life. As Scott’s personal secretary, Carnegie not only learned the intricacies of railroads and iron works, but also was educated in the stock market. Scott loaned Carnegie the money to purchase Adams Express stock, and the young man showed a distinct talent for making profits.

Carnegie took his earnings and invested in the Keystone Bridge Company, thinking that with railroads crossing the country, bridges would be a booming industry. But quickly he realized it was the steel used to build bridges that was the real golden goose. In 1864 he organized the Cyclops Iron Company, and began a lifelong habit of cutting costs at every opportunity. He also realized that when the nation was in a depression, there were bargains to be had, and he bought every time the economy fell. Building his own blast furnace, the “Lucy,” Carnegie watched as his company set records for steel tonnage produced.

Carnegie’s genius lay in three principles. First, he rejected the old “don’t put all your eggs in one basket” adage. Instead, he said, “put your eggs in one basket and watch that basket.” Second, he understood that while old technology might still produce profits for a while, it was always better to stay ahead of the curve. Therefore, he tore down even marginally effective plants and replaced them with new ones. Finally, he knew it was men such as himself that really made the business go: he hired the best, most inventive, and most inspiring managers he could find, including Julian Kennedy (who had 150 patents) and “Captain” Bill Jones, a master motivator.

By the 1890s, when Carnegie retired from active management, his company was the most productive steel maker in the world, largely due to the guidance of Charles Schwab, who became president of Carnegie Steel at age 35. In 1900, Carnegie was ready to sell Carnegie Steel and give his money away. Early in his career he stated that he wanted to become so successful he could give away $300 million. After he sold the company to banker J. P. Morgan, Carnegie not only fulfilled his dream, but gave away close to $400 million. From universities to libraries to endowments to the famed Carnegie Hall, America is deeply indebted to a man who began earning pennies a day.