Wild! Did you know this about cars? 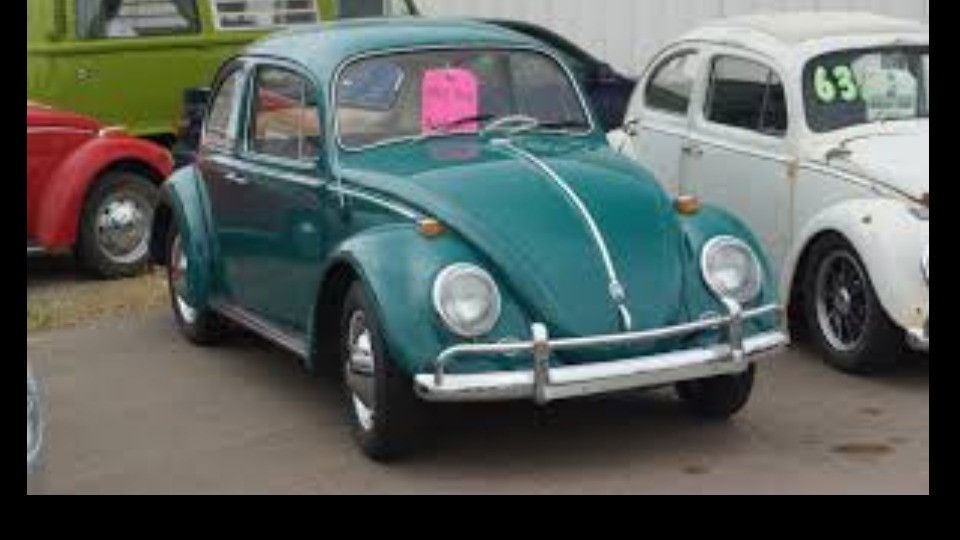 Wild! Did you know this about cars?
Wild Moment in History

While we were on the subject of automobiles, I asked Professor John Heitmann of the University of Dayton—a national authority on auto history, who wrote The Automobile in American Life—what he thought was the most important car ever made other than the Ford Model T. He said, “Easy. The Volkswagen Beetle.”

While we were on the subject of automobiles, I asked Professor John Heitmann of the University of Dayton—a national authority on auto history, who wrote The Automobile in American Life—what he thought was the most important car ever made other than the Ford Model T.

He said, “Easy. The Volkswagen Beetle.”

In the 1930s, Adolf Hitler was enamored with Henry Ford, mainly for his astounding success in production of the Model T. He thought that a powerful state such as Germany ought to have its own version of the Model T—a cheap, reliable car that ordinary people could purchase. He also had begun creation of the Reichsautobahn, a national road network that would facilitate transportation of his war engine for the conflict he knew was coming. Originally, Nazi party leaders were going to receive the first of these autos, but development was interrupted by the Spanish Civil War, as Germany supported the Nationalists under Francisco Franco.

When Hitler returned to the idea of a “people’s car” (Volkswagen), Ferdinand Porsche took over the lead engineering of the auto. The design, finalized in 1938, was nevertheless based on a design from 1925 by Bela Barenyi. One of the first rear-engined autos, the Volkswagen Beetle (so-called because it looked like a beetle on the road) became the longest-running, most-produced car from a single platform in history, eventually with over 21 million Beetles manufactured.

Testing started in 1935, and pre-production models were on the road in 1938. Following the Belin Motor Show in 1939, the first consumers acquired Beetles—right before production was halted due to Germany’s invasion of Poland and the declaration of war by the Allies on Germany. A few Volkswagens were made for the Nazi elite from 1941-1944. Thus, the “people’s car” was for anyone but “the people.” It was originally only for party insiders.

After the war, the Allies knew they had to revive the German economy and the Volkswagen factory, originally under the control of the USA, was handed over to Great Britain. For a time, the British thought about scrapping the factory, then made military vehicles there, before a British Major Ivan Hirst, who gained control of the factory, convinced his superiors to order civilian car production there, which started in 1945. As the Volkswagen grew in popularity in Europe, by the early 1960s it had begun reaching the United States in large numbers. It became a fashion statement of “flower power” and the “hippie” movement—especially the rectangular Volkswagen van—and remained popular until the underpowered car began to be surpassed by Japanese compact cars.

I also asked Professor Heitmann what the most important single invention related to the automobile was. Again, without hesitation he said “The self-starter,” invented by Charles Kettering of Dayton, Ohio. The electric starter meant that one no longer needed to use the difficult hand crank to turn the engine over. This meant that, by and large, women for the first time could drive by themselves without needing a man around to start the car. (Kettering went on to invent the “freon” refrigerant, and at DuPont Chemical Company pioneered the use of lacquers and enamels for practical paints for mass-produced cars. As head of Dayton’s giant National Cash Register (NCR) company, he was front and center in saving Dayton when a massive flood struck the city in 1913—which is the subject of another “Wild Moment in History.”